On Monday evening, I had a cozy little group of 7 students, since 3 were rehearsing for the Living Stations. I used this opportunity to continue our exploration of the Ten Commandments, looking at real-life examples of how to live out the spirit of each of the Commandments. 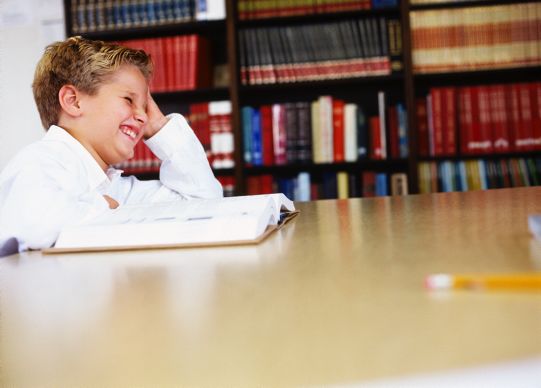 It turned out to be a very nice evening except for one thing: the boys (3 of 4) developed a severe case of the Sixth Commandment giggles. In other words, they could not stop themselves from giggling at any mention of of anything related to sex.

I have no problem engaging in straight talk with kids about sex and the girls and one of the boys seemed very appreciative of the candor of our discussion. The 3 gigglers, on the other hand, just could not get a hold of themselves. I remarked several times that they needed to show more maturity and to resist the temptation to react childishly to the topic of sex. Unfortunately, they were too far gone and could not bring themselves to stop giggling. They didn’t ruin the session, but they clearly showed a lack of maturity. I hope that my admonitions will be part of the push they need to move to the next level of maturity.

Interestingly, one of the giggling boys asked if he could have a time-out and stand in the hallway, which I was more than happy to grant. I believe that he was doing what he could to separate himself from the immature behavior but realized he couldn’t control his laughter in his friends’ presence. I thought that was wise of him to actually ask for a time-out. That was a first for me!

Pop-Up Catechesis: The Third Commandment and the Importance of Being

2 Comments on A Case of the Sixth Commandment Giggles