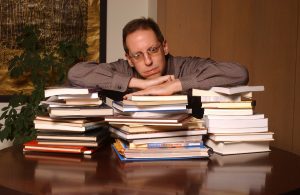 All work and no play makes this catechist a dull boy. So I’m getting some much needed R & R!

While I’m on vacation until late July, I thought it’d be fun to share some of my favorite jokes from my books, A Well-Built Faith and The Bible Blueprint. Here’s today’s contribution:

In Europe, an old man was feeling guilty about something he had done, so he decided to go to Confession. He said, “Bless me, Father, for I have sinned. I feel terrible because, during World War II, I hid a refugee in my attic.” The priest said, “But that’s not a sin! I wouldn’t feel bad about that if I were you!” “But,” the man replied, “I made him agree to pay half of my rent as long as he stayed.” The priest said, “Well, I admit that certainly wasn’t the noblest thing to do, charging the man to save his life. But you did save his life, after all, and that is a good thing. Don’t worry about it too much; God forgives.” The man said, “Oh thank you, Father. That eases my mind. I have only one more question to ask you: do I have to tell him the war is over?”