Back in 1970, the Beatles issued one of their last hits: “Get Back.” The song represented the Beatles’ efforts to get back to their rock and roll roots (“Get back. Get back. Get back to where you once belonged”). They had spent the last few years in the studio crafting some incredible music (Sgt. Pepper, in particular) that saw them venturing into complex arrangements and layers of sounds. With the group now experiencing tension and on the verge of breaking up, they began what are known as the “Get Back” sessions which eventually led to their last released album, Let it Be. The Beatles had the right idea – getting back to their roots – but for them it was too late.

Lent is our opportunity to Get Back! We are called to get back to where we once belonged. And just where/what are we trying to get back to? Our roots – our Baptism. Just as the Beatles stripped away all the layers of  complex sound and got back to three simple guitars and a drummer, we are called during Lent to strip away all of the layers upon layers of distractions and to get back to what really matters in life – where we stand with God. Our three “guitars” are prayer, fasting, and almsgiving, and, like Ringo on the drums, the 40 days keep time for us. Lent is pretty simple: it’s Christianity stripped down to its basics.

Unlike the Beatles, however, it’s never too late for us to get back. While John, Paul, George, and Ringo had strained their relationships beyond repair, our relationship with God is never beyond repair…thanks to God’s amazing tolerance of our annoying behaviors. So, if you have a copy of the Beatles’ Let it Be album (especially the Let it Be…Naked version which is the true, stripped-down version of the songs), give a listen and enjoy the simplicity of the good, old-fashioned rock and roll the lads churned out. And then, if you’re keeping Lent, think about what it will take for you to “strip down” to the basics and “get back” to where you once (and always) belonged! Have a great Lent! 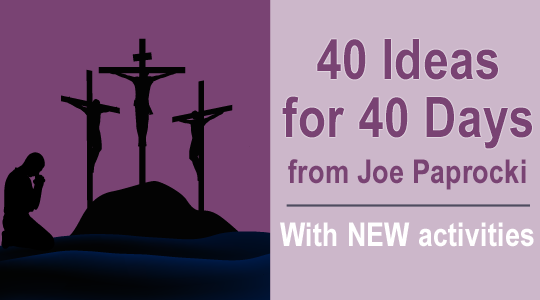 3 Comments on Get Back…Before it’s Too Late!