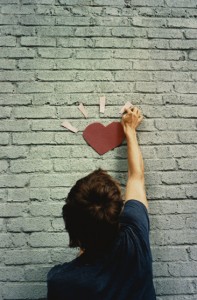 I had an interesting experience the other night in Minneapolis. I was working with about 200 catechists and had them brainstorming on what they would include in a 1 hour presentation if they had to explain the Catholic faith to a group of non-Catholics. Included in the gathering were about 20 Spanish-speaking catechists for whom a simultaneous translator had been provided (they listened to her translation on headsets…like the United Nations!).

When I asked volunteers to share their lists with the large group, I first called on a few Anglos who shared some very impressive lists that drew from the 4 pillars of the Catechism. Then, I called on one of the Spanish-speaking catechists who, of course, spoke in Spanish, as the translator then translated into English for us. What was interesting was that her list was all statements of personal testimony about what her relationship with Jesus means to her and how the Church has made such a huge difference in her life.

I was impressed by the stark differences in how cultures approached the same assignment. The Anglos drew from “the head” while the Hispanics drew from “the heart.” I made the point of saying that, as catechists, we need to do BOTH!  Jesus said that we need to love the Lord our God with our entire heart, soul, mind, and strength. Those we catechize need to know that we have brains that have helped us to form our faith but they also need to know that our faith comes from the heart and that we have an affective, personal relationship with our Lord.

What a blessed moment THAT was!

12 Comments on The Head AND the Heart