One of the stories in Catholic news recently is the issue of some dioceses requiring catechists and religion teachers to take an oath of fidelity. In particular, the Diocese of Arlington, Virginia, has been in the news after some teachers and catechists quit rather than submit to taking the required oath of fidelity. The oath, which is to be signed and publicly administered on Catechetical Sunday, basically asks catechists to state that they, “with firm faith, belive and profess every thing that is contained in the Symbol of Faith” (the Nicene Creed) but also adds the following:

With firm faith, I also believe everthing contained in the Word of God, whether written or handed down in Tradition, which the Church, either by a solemn judgment or by the ordinary and universal Magisterium, sets forth to be believed as divinely revealed.

I also firmly accept and hold each and every thing definitively proposed by the Church regarding teaching on faith and morals.

Moreover, I adhere with religious submission of will and intellect to the teachings which either the Roman Pontiff of the College of Bishops enunciate when they exercise their authentic Magisterium, even if they do not intend to proclaim these teachings by a definitive act.

Here are my own personal thoughts on this. If I were required to sign such an oath, I would do so – reluctantly. Let me explain. I have always taught catechists that our role requires us to faithfully transmit what the Catholic Church believes and teaches. If we have doubts or disagreements over certain teachings, we can share those with our spouse, close friends, or others in private settings. However, we have no business presenting our own opinions when we are teaching as a catechist. The reason I say that I would feel reluctance about being required to sign such an oath is because I don’t like the atmosphere it creates. It is heavy-handed and creates a climate of fear. The Sacrament of Baptism is the only solemn oath necessary (the word sacramentum literally means oath). In that Rite, we make a solemn Profession of Faith and that profession is renewed each time we proclaim the Symbol of Faith – the Creed – at Mass. We also renew that oath each time we renew our baptismal promises, especially at the Easter Vigil and throughout the Easter season. The signing of an oath of fidelity creates the impression that this is more significant than the oath made in Baptism and for that reason, I disagree with the approach.

What is your opinion? Please share respectfully by adding your comments below (Leave a Reply). 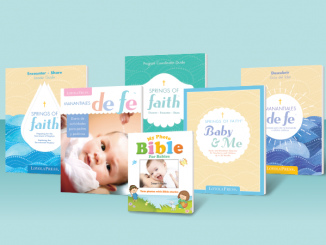 69 Comments on Fidelity Oaths for Catechists?