Recently, we began a series here on my blog about the six tasks of catechesis, focusing on the notion that God is calling each of us to fulfill a role that he has planned for us. Just as actors rely on certain strategies to immerse themselves in character, we too rely on certain strategies to “immerse” ourselves in the role that God is calling us to fill: the “best version of ourselves” (to borrow a phrase from Matthew Kelly). We call these strategies the Six Tasks of Catechesis. Today, we look at task number 6: Promoting a Missionary Spirit by looking at how actors practice the skill of “voice projection.”

Voice Projection – Stage actors learn early on that speaking more loudly does not necessarily create a more powerful voice.  In her book, Can You Hear Me Now? (Narrative Development, 2006) singer/actor and voice coach Kate Peters explains that there are 3 keys to voice projection or creating a powerful sound.

In other words, creating a powerful voice or projecting involves more than being loud: it is the equivalent of reaching out to the people sitting in the back of the theater and creating a connection with them.

Discipleship is all about creating a connection with others – connecting others to the Good News that the Kingdom of God is within reach. It is the responsibility of followers of Jesus to “project” or to create a powerful voice that is part of your authentic self, is filled with passion and relies on the breath of the Holy Spirit to make an impact on others. Our mission, like the actor reaching out to the last person in the last row of the theater, is to reach out to those who have been pushed to the fringes and to make a connection with them.

Strategy #6: Go Viral – Ultimately, the goal of being a disciple of Jesus is to be contagious: to “infect” others with the Good News through our words and actions. This does not mean standing on street corners and distributing Christian literature but rather living life within an alternate reality that radiates fullness of life so that others will be compelled to seek the same alternate reality for themselves. Our overall behavior and demeanor should make others want to say, like the woman in Katz’s Delicatessen in When Harry Met Sally (when she observed Meg Ryan’s character faking an orgasm), “I’ll have what she’s having.” This is precisely what St. Peter was talking about when he advised, “Always be prepared to give an answer to everyone who asks you to give the reason for the hope that you have.” (1Pt 3:15) In other words, be prepared to tell people “what you’re having.”

[photo courtesy of  Michael via Compfight] 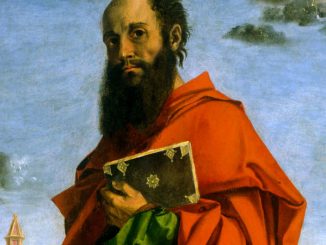 My New Book Is Available for Pre-Order! 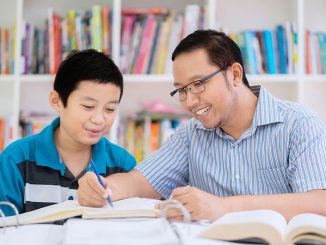