Often, I find myself at a gathering of Catholics (usually catechists and/or catechetical leaders) in which someone has been asked to prepare and lead an opening prayer. All too often, however, the prayer experience proceeds in the following manner:

And most often, they are nice poems, but that’s not a good example of how Catholics pray together. While it is true that we can pray simply and spontaneously, at more formal gatherings, our prayer is to resemble how we pray at Mass. In other words, the prayer is meant to be liturgical which means that it should have a basic structure, include parts for the assembly, include Scripture, and include elements of sign, symbol, and ritual. The problem is, far too many of us have never been taught how to prepare and lead a simple liturgical prayer.

With that in mind, I’d like to offer the following resource: “Simple Tips for Leading a Simple Prayer.” Emphasis on simple! For many of these types of occasions, the prayer is intended to be brief: 5 to 10 minutes. We often do not have the time to do something very complex. Even so, we can do something liturgical. Think of this resource as a primer…it is a starting point. Obviously (and many of my more liturgically astute friends will no doubt feel compelled to point out that there are things missing from the this resource) there is much more that can be done. However, if we can get this first step down, we can build upon it. It’s like learning a basic step in ballroom dancing: once you have the basic step down, you can learn how to improvise and add more steps.

Anyway, next week, I’ll be working with a group of folks who find themselves in situations where they are often called upon to lead prayer but feel that they lack some basic knowledge and skills to do this properly. I developed this resource for them and am happy to share it with you. I’m eager to get your feedback.

Have a great weekend!
Simple Tips for Leading a Simple Prayer 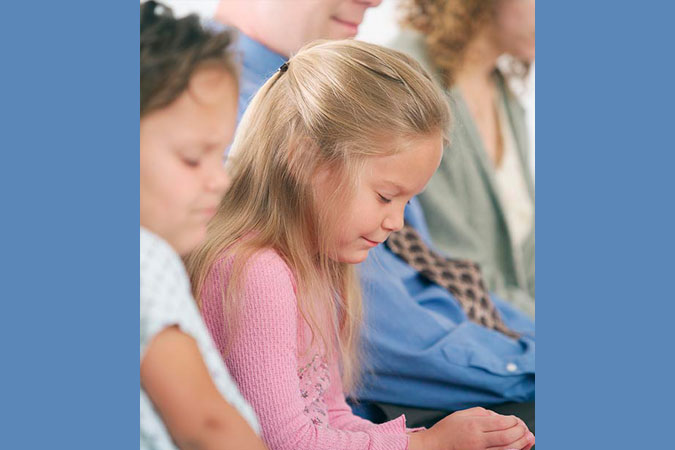 Praying with Families in the Classroom

9 Comments on Tips for Leading a Simple Prayer