I really enjoyed participating in a breakout session for catechists of fifth and sixth grade children (since I taught sixth grade last year) that was led by several catechists from St. Patrick Parish in Tolono, IL, who did a splendid job of facilitating the session.

One of the issues that came up was parental involvement and the catechists from St. Patrick shared the fact that their parish adopted a policy that requires parents to enter the building at the end of class to pick up their children.  Children are not dismissed and sent out into the parking lot to be picked up by “drive by” parents. As a result, they said, there is increased interaction between catechists and parents on a regular basis. They said that some parents grumbled about this at first but now they see it as part of the routine (and better for the safety of their children as well!).

It’s little things like that that can change the climate of a parish!

Thanks to all the good folks in the Diocese of Peoria who made my day so enjoyable, especially an enthusiastic catechist named Jon who kept me company all day and made me feel so at home! Here’s a look at the crowd being addressed by Mr. Craig Dyke, the Director of the Office for Evangelization and Family Life, who was the master of ceremonies for the day. 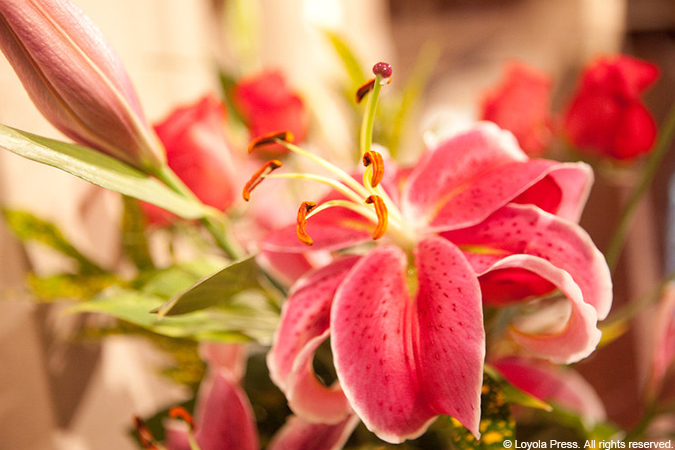 Everyday Evangelization for the Easter Season

Breaking the Silence on Using the Word “Evangelization”

How to Be a More Evangelizing Catechist #3: Proclaim Jesus’ Mighty Deeds