Several days ago, I received an e-mail from my friend, former colleague, and fellow blogger Sr. Julie Vieira, IHM, over at A Nun’s Life, in which she reached out for help to assist a sister who is doing catechesis for people in the circus. Yes, the circus! I, in turn, reached out to my colleague Julie Berggren, one of our Sales Managers, since I didn’t think Loyola Press had an educational consultant currently assigned to the circus! Julie jumped at the opportunity to reach out and visited Sr. Dorothy Fabritze, MSC (Missionary of the Most Sacred Heart of Jesus), who is currently in Chicago with the Ringling Brothers and Barnum and Bailey Circus. Here is Julie’s summary of her experience. Thanks, Julie, for giving us a peek into this wonderful catechetical ministry!

Sometimes a catechist feels like they are working in a circus. Sometimes they really are in the circus.

This week I met Sr. Dorothy Fabritze, MSC (Missionary Sister of the Most Sacred Heart of Jesus). Sr. Dorothy has been a chaplain in the circus for over 15 years. This week she is in Chicago with the Ringling and Barnum and Bailey Circus staying at the Allstate Arena for two weeks before moving to the United Center for the next leg.

As a member of a missionary order, Sr. Dorothy spent many years working as a teacher in Papua New Guinea teaching in the elementary schools and as formation director for her community. After New Guinea her community in Reading, Pennsylvania welcomed her back to work as its development director for five years.

Sr. Dorothy said her story with the circus is really about two things: being among and being with. For 20 years the Little Sisters of Jesus prayed for someone to come to work with them doing ministry in the circus. They longed for someone who could show the love of Jesus to those who work within the hundreds of positions that it takes to bring the circus around the country. They prayed for a teacher and catechist, someone who would live and work within the community.

In 1996 their prayers were answered as Sr. Dorothy stopped by a booth at the U.S. Catholic Mission Association meeting and had a brief conversation with a random person at a random table taking a random book about the circus. After going back home, the thought kept coming back to her that the circus was where she belonged. She’d never been particularly drawn to the circus, but the people—that was a different story.

It was many “God moments” that brought Sr. Dorothy to discern that this was the job for her and between her and her counterpart, Sr. Bernard, the two of them have held various posts within the circus circuit. For a time, everyone, even chaplains, had to hold another job, so between them they were seamstress, ticket seller, cook, teacher, souvenir seller and curtain riser. To be a curtain riser, Sr. Dorothy raised the curtain between each act—which equaled 100 times per show!

On the way to her trailer I saw dozens of small bicycles (and I don’t mean unicycles!) outside the doors of other trailers indicating that loads of kids live on the premises. It begs the question: how do all of these children receive the sacraments and, besides from their parents, where do they learn about their faith?

My joy this week was to bring some outstanding Loyola Press catechetical materials to Sr. Dorothy that she will be using with her First Eucharist and Confirmation students. The good sister also told me that Protestant kids come to her religious education classes because they just love learning more about Jesus.

Since the beginning of her work at the circus Sr. Dorothy has been spiritual advisor, teacher, compassionate ear, Confirmation instructor, catechist, RCIA leader, and prayer leader for memorial services. First and foremost, Sr. Dorothy is a catechist.

Then there was the surprise that some of the folks with whom she was working were also trained catechists from their home parishes in Brazil and other far-flung places. Sr. Dorothy mentors and continues to train and inspire these wonderful catechists who share their love of Jesus with everyone they meet in their life as circus performers and workers.

As catechists, what more can we take away from Sr. Dorothy than the message of truly being among and being with those whom we serve? Whether we lead RCIA, teach religious education, or lead a small faith-sharing group, we must remember the words of St. Ignatius: I wish not merely to be called Christian, but also to be Christian. 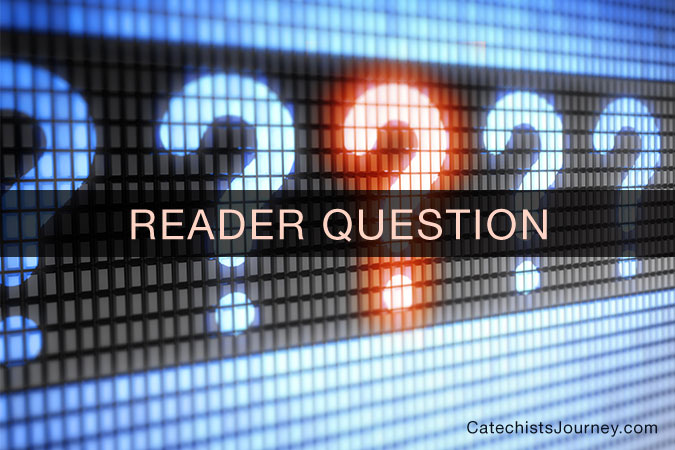