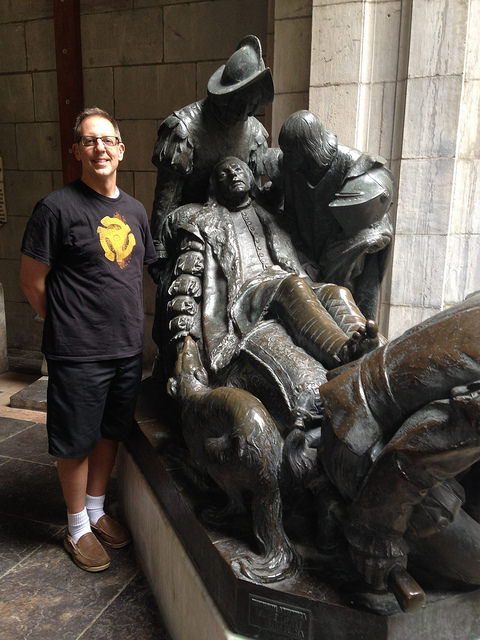 Here I am in Loyola, the birthplace of Ignatius (1491). Although he sought a military career, his plans were destroyed by a canon ball (1521) which shattered his knee (depicted in the statue next to which I am standing). While recuperating (after nearly dying), he sought to pass the time by reading tales of adventure and romance but all that was available were books about the life of Christ and the saints. By studying and reflecting on these, he came to realize he was fighting for the wrong army! What "cannon ball" experiences have you had - experiences that forced you to change the direction of your life?