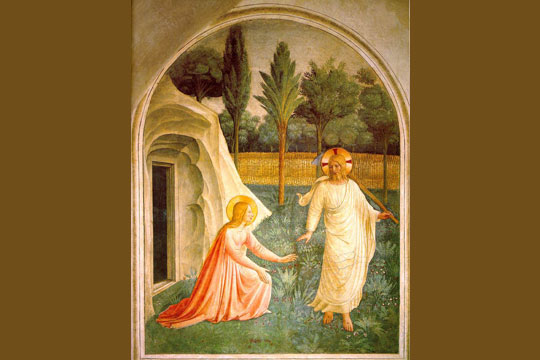 This Wednesday, we celebrate the Feast of St. Mary Magdalene, who for too long has wrongly been labeled as a former prostitute, a label that was reinforced by her portrayal in various Hollywood films such as Jesus of Nazareth, Jesus Christ Superstar, The Passion of the Christ (portrayed as the woman caught in adultery), the 1927 version of King of Kings, Mary Magdalene (TV movie), The Greatest Story Ever Told, and The Last Temptation of Christ.

There is no scriptural basis for this inference of Mary Magdalene as a prostitute.

She appears in four scenes in the Gospels:

In Catholic tradition, we sometimes accept as part of our faith story accounts that are extra-biblical, such as the roles of Mary’s parents, Joachim and Anna, and Veronica, who wiped the face of Jesus. However, in the case of Mary Magdalene, there is no evidence that this tradition has inspired roots. Rather, it appears to be a misguided effort to embellish and dramatize Mary Magdalene’s character by relying on stereotypes (i.e. “If she had seven demons driven out of her, surely one of them was a sexual demon.”).