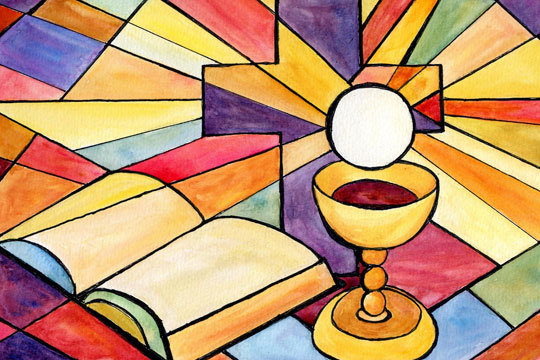 During the “Christmas honeymoon”—those few weeks of Ordinary Time between Christmas and Lent—I found that I had been lulled into a sense of complacency. My second-grade class had covered a lot of material during the fall, and I felt good about their grasp of the material. But then reality hit me—their First Reconciliation and First Holy Communion were only weeks away! I started to panic, and I wondered if my students were really prepared for this life-altering event. I quickly reminded myself of who was really in charge, and I let God work through me as I prepared the children to receive their First Holy Communion.

I began by configuring the classroom desks into a single, long table. I covered the table with a white tablecloth and set upon it small gold paper plates, napkins, and small white cups. (One year, I even made place settings with each student’s first and middle names.) Each child had his or her own chair and place setting. The children noticed this set-up as soon as they walked in the door. They were intrigued. I told them that we had a very special class planned.

I had the children sit on a rug away from the special table and proceeded to teach the chapters on the Eucharist and the Last Supper. During the lesson, I emphasized that they were reaching an age where they get to partake in things that were withheld from them when they were younger. We talked about how they were growing in knowledge as Jesus’ disciples and with this, they had added responsibility. We shared specific ways in which God empowers us to live as disciples. The children concluded that the daunting tasks of serving and leading others to Christ is impossible without the sacraments. I was delighted that they had come to this conclusion on their own, and it was a sign that made clear that God’s grace was truly present. The children seem to sense our equality as Christians, that we are one body in Christ. After the lesson, I called the children one by one to the table.

As we sat together, we talked about what it would be like if we were invited to a magnificent banquet hosted by a king or some other royalty. We talked about what an honor it would have been to have received such an invitation and sit at the table of such an important person. Borrowing an idea from Dr. Scott Hahn, I told the children to imagine that they were looking at a menu that had all of their favorite foods on it, but that they could not order anything from it. I then explained that as they prepare to celebrate First Holy Communion, God is inviting them to sit at his table. But to be able to order from the menu, we need to be worthy of such an honor—that is, we need to be in a state of grace. The Sacrament of Reconciliation gives us that grace.

At this point, the children were completely into this experience. I distributed a simple piece of bread and poured just a bit of grape juice into the cups. I explained that our meal was similar to receiving the Eucharist. I then asked the children to explain to me and their peers what they had learned about transubstantiation from my earlier presentation on the Eucharist and Last Supper. They seemed to have grasped that the Eucharist is truly the Body and Blood of Jesus Christ. They knew that the Holy Spirit gives the priest the grace to be the instrument for this miracle, and, lastly, how the Eucharist will change them to be more like Christ. They left full of gratitude for this truly amazing gift and hungry to receive it for their very first time.

How do you prepare children to celebrate the First Holy Communion? Is there something special you do to communicate the gift of the Eucharist?

For more ideas on this topic, download free games for learning about the Eucharist and the Mass. 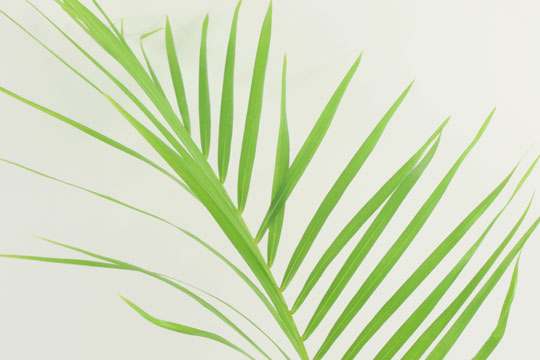 The Challenges of Teaching Holy Week