I knew we had a lot of ground to cover when I asked for examples of miracles Jesus performed and one of the students said, “When he gave fish to two guys.” That didn’t sound too miraculous, so I asked the boy if he thought that sounded impressive, and he admitted it didn’t. One of his classmates helped by offering that he thought there were 2,000 people fed with fish—getting closer to the famous miracle of the feeding of the 5,000.

While I was a bit disappointed that they lacked prior knowledge of miracle stories, it was good for me to know where the young people were as we began our session on the signs Jesus performed. A couple of students knew there were miracles of curing the deaf or the blind, but no one knew what Jesus’ first miracle was: changing water into wine at the wedding at Cana. We began there by reading the story in the Gospel of John and explored this miracle through lectio divina. The young people were interested to learn that Jesus was at a party. We did the simple math problem of six water jugs times 20 to 30 gallons, and the group was impressed by the amount of wine supplied.

Next it was time to clarify the details about the fish-eating miracle, so I played the recorded Scripture story “The Feeding of the 5,000” (Finding God Grade 7, Session 12). I emphasized that even after all those people were fed, there were still 12 baskets of leftovers. The point of both miracle stories was God’s abundance in giving us gifts.

The third miracle we focused on was the healing of the paralyzed man—the one whose friends lowered through the roof to access Jesus. A Grade 7 Art Print and a recorded Scripture story borrowed from another grade helped our discussion here. I invited the young people to imagine their reaction if they were sitting, listening to Jesus, and the roof started falling on them. One of the boys confidently asserted that he would take apart a brick wall to help his good friends, and while admirable in intent, I thought it important to clarify that the roof would have been made of straw and mud, less dangerous to the people below when the friends dismantled it.

We talked some about how we can’t perform miracles like Jesus did, but we can do good in the world through even small acts of kindness, which can be viewed as little miracles. This particular session gave us a practical way we could show a small kindness, as we were preparing to say goodbye to one of the parish priests who was leaving this month. We took the opportunity to make farewell cards, which not only made the point of small acts of kindness, but also brought in an artistic activity in a simple way.

Our miracle workshop seemed to give the young people a good primer on the signs Jesus performed and hopefully inspired them to perform their own little miracles for others.

How do you teach young people about Jesus’ miracles? Are there miracle stories you particularly like to share with your class?

Connecting with Middle Schoolers on Zoom 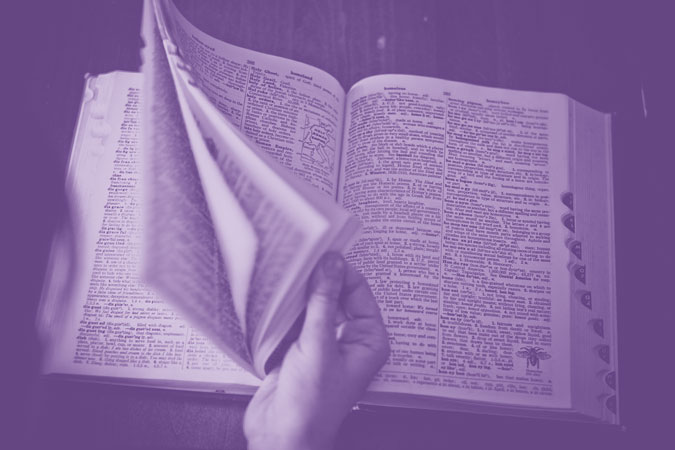 The Vocabulary of Lent