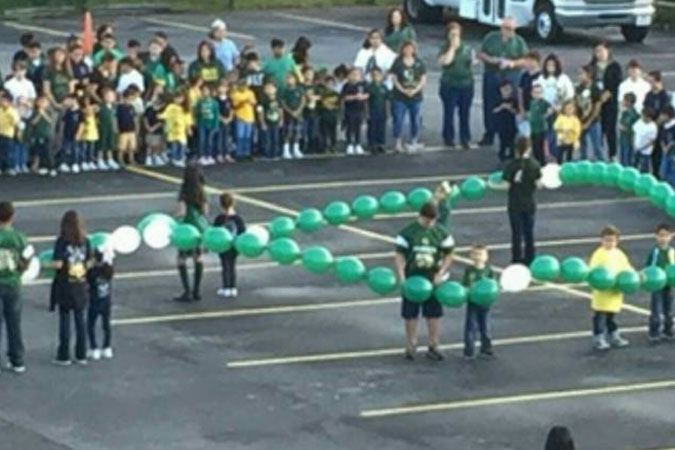 There’s no doubt that St. Gregory the Great Catholic School in San Antonio, Texas has a passion for Mary and her discipleship. Lessons about the Rosary are incorporated in religious instruction at all grade levels and focus especially on Mary during the Month of the Rosary in October.

Fifteen years ago, St. Gregory’s seventh-grade students started asking questions about Marian apparitions and how they connected to the Mysteries of the Rosary. The students were asked to do some investigating and compiled research about the history of the Blessed Mother’s appearances. They hoped to present their findings to other students in the school community. Like many good questions, their curiosity and excitement led to a creative activity.

Staff, teachers, and campus ministers at St. Gregory the Great developed an event called the “Living Rosary.” Just before the event, the seventh-graders attended a retreat focused on Mary, her discipleship, and apparitions. They concluded the Marian retreat by praying the Living Rosary with the whole school community on the Feast of Our Lady of the Rosary.

To construct the rosary for the event, St. Gregory partnered with a local balloon company and tied biodegradable helium balloons together with twine for each of the beads. Before the community began praying, the seventh-grade class shared a brief description about Marian apparitions. Five young ladies dressed in costumes that were based on the chosen appearances, while the other students and their kindergarten prayer partners held the rosary.

The presentation introduced five specific Marian appearances: Our Lady of Guadalupe, Knock, Lourdes, Fatima, and Our Lady of Sorrow. Seventh-graders shared details about each apparition, including where Mary appeared, how she looked when she appeared, who she appeared to, and why she appeared. The young ladies dressed as Mary recited her specific messages, and the community prayed each decade of the Rosary between recitations. 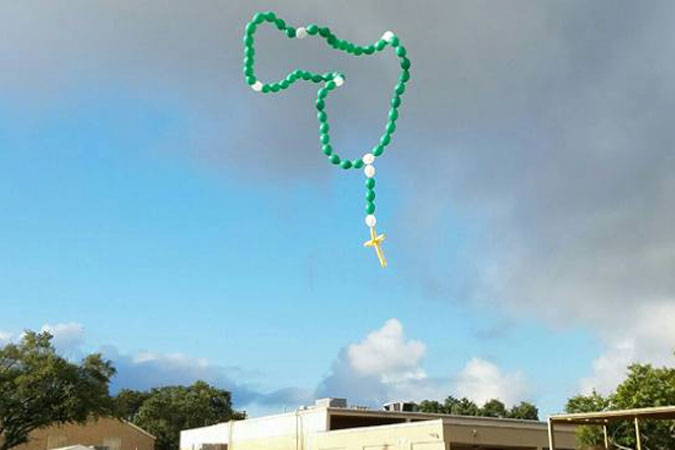 The Living Rosary took 30 minutes to pray and present. At the conclusion the balloons were released, while the school community sang a Marian song. Campus minister Martie Kokotajlo shared reactions from those who attended: “We had parents with tears and who were humbled by the experience. People were speechless at how beautifully it all came together.”

These reactions also filled social media newsfeeds. A video of the event received almost eight million views and over 112,000 shares on Facebook. “The Living Rosary brings our community together with a familiar prayer and allows us to meditate on the importance of Our Lady and her messages to the world,” said Kokotajlo.

It certainly connected communities from far and wide, proving to be a powerful illustration of praying together with Mary.

Does your school or parish community have a special event to honor Mary? Let us know in the comments. 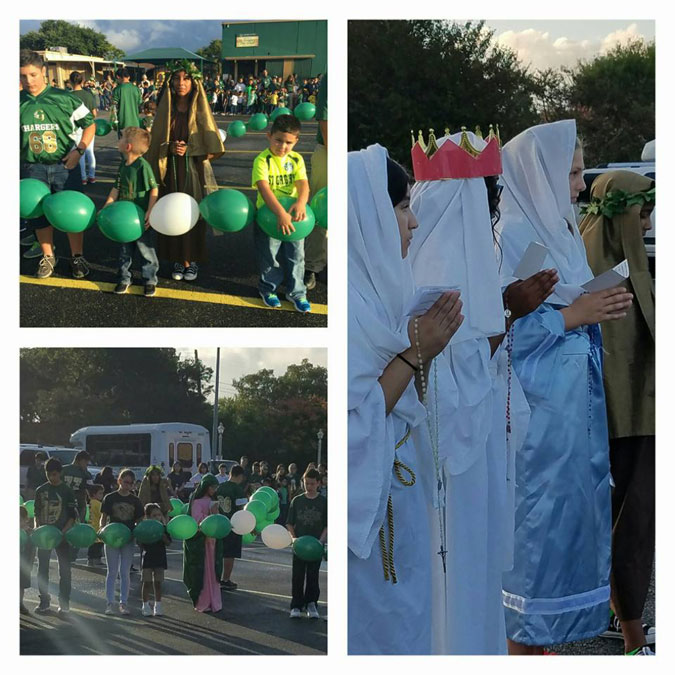 Print Friendly
About Sophie Lorenzo 7 Articles
Sophie Lorenzo is a native Coloradoan, who holds a Bachelor’s Degree in Religious Studies from Saint Mary’s College of California in the Bay Area and a Master’s Degree in Theology through the Echo Program at the University of Notre Dame. Passionate about Catholic ministry and the global Church, she’s lived in an intentional faith community near Boston and served in numerous parish and retreat settings. Sophie enjoys adventures with her husband Mike, laughing with her large extended Irish/Italian family, and being creative. She currently works as the social media specialist for Loyola Press. 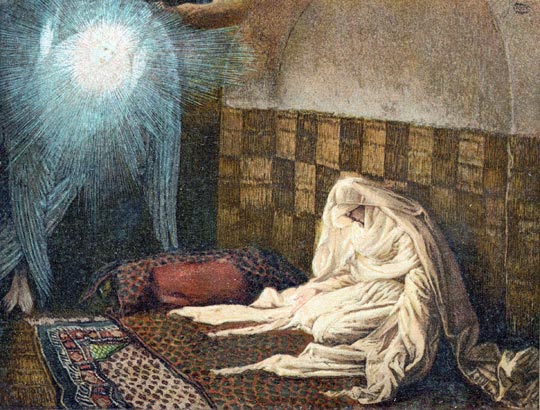 Summary of 10/15/13 Session: God Creates Something Good Out of Nothing 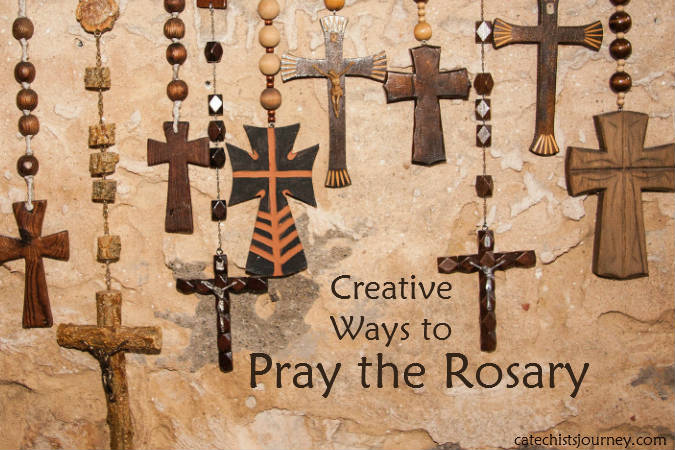 Creative Ways to Pray the Rosary