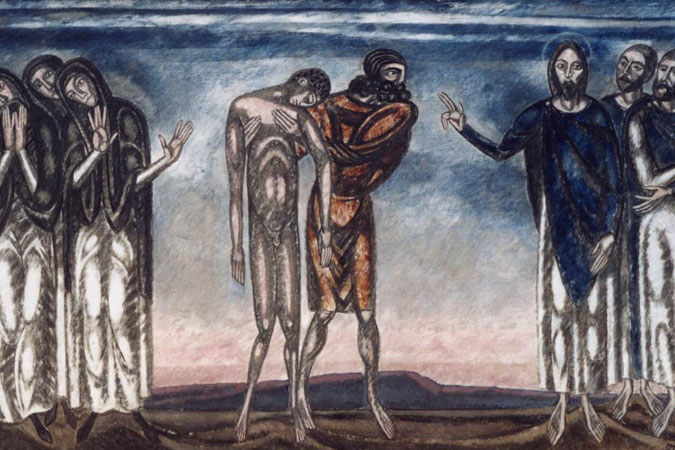 The scene described at Bethany (John 11:1–45 ) is a sad one. Martha meets Jesus, weeping, and says that if Jesus had been there, Lazarus would not have died. Yet she remains confident that God will do whatever Jesus asks. Martha affirms her belief that there will be a resurrection of the dead in the last days. Then Martha’s sister, Mary, comes to Jesus with the same confidence, saying that Jesus could have cured Lazarus. Jesus asks to be brought to Lazarus’s tomb where he prays and calls Lazarus out from the tomb. At this sign, many come to believe in Jesus, but others take word of the miracle to the Jewish authorities, who begin their plans for Jesus’ Death.

Set against the backdrop of Jesus’ impending Death, many elements of the raising of Lazarus foreshadow the good news of Jesus’ own Resurrection. Jesus, facing the conflict with the Jewish authorities, acts in complete obedience to God. In raising Lazarus, Jesus shows his power over death so that when Jesus dies, those who believe in him might remember that and take hope. Just as Jesus calls for the stone to be rolled away from Lazarus’s tomb, so too will the disciples find the stone rolled away from Jesus’ tomb. Likewise, each of us, as a result of our Baptism, can recognize how Jesus has rolled away the stones of our own tombs and called us to new life. We, in turn, are sent forth to bring hope of new life to others who are entombed by suffering, despair, and injustice.

Watch the Arts & Faith: Lent video reflection on this week’s reading. Alternately, here is a link to some Lazarus crafts you can use with children. 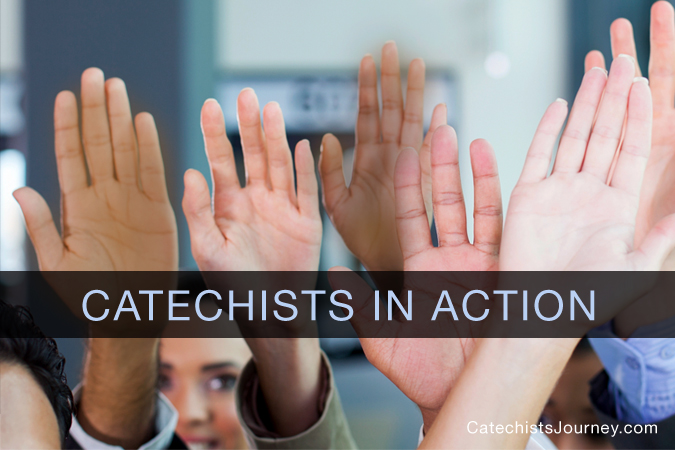 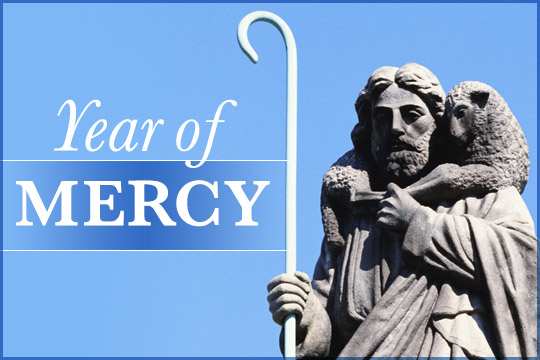 A New Commandment and the Year of Mercy