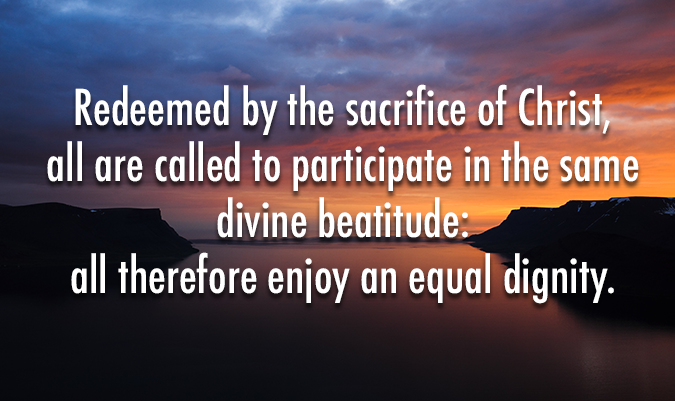 As the beginning of the catechetical year is upon us, many catechists are looking at wasting no time addressing the issue of racism which is at the forefront of the news these days, especially with the recent events in Charlottesville, VA. Catechists should be encouraged not to shy away from addressing this topic since it draws us into the very heart of Jesus’ message of love of neighbor.

While some are proposing that there are two sides or many sides to the issue, the Catholic Church is unambiguous: when it comes to racism, there is only one side which is to stand against it, something that Cardinal Blase Cupich of Chicago said recently. In fact, bishops from all over the country, including the President of the United States Conference of Catholic Bishops – Cardinal Daniel DiNardo – have unequivocally condemned racism in recent statements.

For those of you seeking to address the issue of racism in your catechetical sessions, the place to begin is the Catechism of the Catholic Church which states the following:

“Created in the image of the one God and equally endowed with rational souls, all men have the same nature and the same origin. Redeemed by the sacrifice of Christ, all are called to participate in the same divine beatitude: all therefore enjoy an equal dignity. The equality of men rests essentially on their dignity as persons and the rights that flow from it: “Every form of social or cultural discrimination in fundamental personal rights on the grounds of sex, race, color, social conditions, language, or religion must be curbed and eradicated as incompatible with God’s design.” (#1934-1935)

While white supremacists may have legal standing (under the U.S. Constitution ) to assemble and to speak freely, the content of their message has NO moral standing and must be unequivocally condemned. The Gospel of Jesus, which calls us to not only tolerate our neighbors but to love them as ourselves, leaves no wiggle room for racial prejudice. According to Catholic Social Teaching, “racism is not merely one sin among many, it is a radical evil dividing the human family.” (Brothers and Sisters to Us, #39)

Having said all that, here are some tips for teaching about the sin of racism:

What other tried and true strategies for teaching about the sin of racism can you offer?