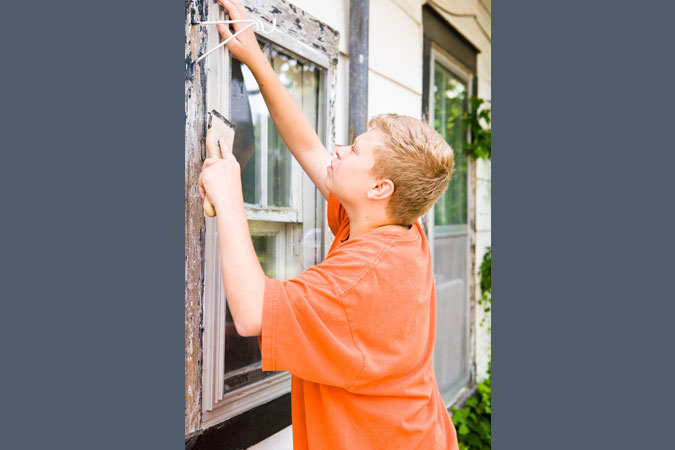 In an effort to make the central message of the Gospel (the kerygma) more accessible to all, I have summarized the gist of our salvation narrative in three words: rescue, restoration, and reassurance. This is the heart of the kerygma—the primary proclamation of the Gospel. Through the life, teachings, miracles, Death, Resurrection, and Ascension of Jesus Christ, we are rescued, restored, and reassured. Let’s visit the second of the Three Rs, restoration.

I like to say that God really only does two things but does them really, really well. God creates and God restores. Throughout the Old Testament, we see God establish a sacred covenant with his people and then continually work to restore, rescue, mend, repair, heal, strengthen, redeem, renew, and reconcile (words that, combined, appear over 600 times in Scripture) on behalf of his people. The preeminent example of God rescuing and restoring his people is the Exodus story, as God, through Moses, leads his people out of slavery in Egypt to freedom in the Promised Land. There, he establishes them as a people. While it would be nice to say that they all lived happily ever after, that was unfortunately not the case, as the people of Israel continually strayed from God’s love. And how did God respond each time? By being the “adult in the room” and taking the initiative to restore and reconcile.

Throughout the New Testament, Jesus performs countless miracles that restore things. He restores health (healings of mind, body, and spirit); he restores sustenance (changing water into wine, the multiplication of the loaves and fish); he restores the natural order (calming of the sea); and he restores life (raising people from the dead).

When we engage in repairing things, we are usually doing it for someone who will benefit from such restoration, whether that be our self or someone else. By restoring something for someone else, we are, in some small (or large) way, restoring their lives. Sometimes, however, we need to do much more than restore objects that belong to another person. At such times, we may actually need to help restore lives that are broken. And we all know that too many people’s lives are broken because of unemployment, sickness, homelessness, abuse, incarceration, mental health issues, substance abuse, loss of loved ones, injury, broken relationships, and so on. In response to this brokenness, we are called to emulate God and to initiate repairs—to bring about restoration.

In Christian tradition, these repairs are called works of mercy. Through the Corporal Works of Mercy, we seek to restore the physical brokenness of people’s lives. We do this by feeding those who are hungry, giving drink to those who are thirsty, sheltering those who have been made homeless, visiting and caring for those who are sick, visiting those who are imprisoned, burying the dead, and giving alms to the poor.

Through the Spiritual Works of Mercy, we seek to restore the spiritual brokenness of people’s lives. We do this by counseling those in doubt and despair, instructing those who do not yet know the joy of the Gospel, admonishing those whose actions are hurting others, comforting those who are in sorrow, forgiving those who have hurt us, bearing wrongs patiently, and praying for the living and the dead.

Likewise, participating in social justice efforts—bringing about major restoration to the structures of our society that are causing harm in people’s lives—is one of the ways that we emulate God. God’s most significant saving act in the Old Testament was one of social justice: bringing about an end to the economic system in Egypt that was built on the backs of enslaved Jewish people. Moses and Aaron were social justice activists who did not let up until they saw the collapse of an unjust system and the restoration of the Jewish people to their proper place in the human family.

I daresay that the most accurate litmus test to determine if someone is filled with the Holy Spirit and living as a disciple of Jesus is whether a person is consumed with and actively involved in restoring lives—because that’s what God does.

How to Be a More Evangelizing Catechist #1: Proclaim an Alternate Reality to Our Brokenness 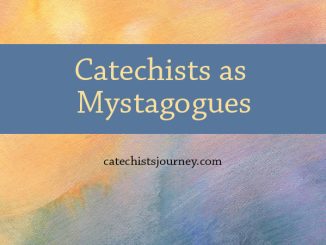 Catechists as Mystagogues: Helping Others Recognize the Path That Leads to Life