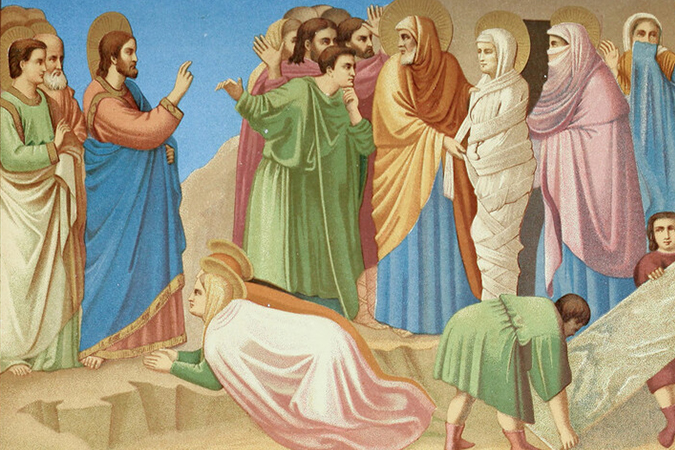 When a company promotes a product, it goes to great lengths to convince us of what it can do for us. When candidates seek votes, they will provide long lists of accomplishments as proof that they can deliver. When we invite others to embrace Jesus Christ as their Lord and Savior, we need to provide “evidence” of what Jesus has done, is doing, and can do for each of us. A crucial part of the kerygma is the proclamation of the mighty deeds of the Lord, namely, the miracles of Jesus.

Jesus devoted his three years of public ministry to performing dramatic actions—mighty deeds—that revealed his power over sin and evil. His mighty deeds announce to us an alternate reality: the Kingdom of God. There we are no longer powerless. That which threatens us in the present cannot and will not stand up to the power of God in the long run. So, just as what I call the “Big Four” threats of sickness, lack of sustenance, natural disasters, and death represent that which is in opposition to God, Jesus’ mighty deeds—healing the sick, casting out demons, changing water to wine, multiplying loaves and fishes, calming storms, and raising the dead—represent that which overwhelms these threats: the presence of God in our midst. Let’s look at the four types of miracles or mighty deeds that Jesus used and continues to use to announce this new reality.

God does not send us illness. Rather, sickness and disease entered the world as a result of human sin—not your sin or my sin, but the brokenness and imperfection that is the condition of humanity. Illness, therefore, is emblematic of that which is contrary to God. It’s no surprise, then, that the majority of Jesus’ mighty deeds involved curing illnesses of the body, mind, and spirit as a way of announcing that the One who has power over these manifestations of evil is actively in our midst.

Jesus did not wipe out all disease and illness; that remains for the end of time. However, he did make it clear that we are not alone, nor are we powerless, when we face these maladies. God is with us.

Not knowing when or if the next paycheck will arrive can give rise to acute feelings of powerlessness, especially when one is responsible for the well-being of a spouse and children or other extended family. In Jesus’ time, the majority of people lived in constant fear of not having enough sustenance for the day ahead. In response to this fear, Jesus’ first mighty deed, which took place at the wedding at Cana, was one of providing abundant sustenance. Celebrations are marked by abundance, and so when the wine supply ran low, the success of the wedding was in jeopardy. Jesus knew that he could use this moment to communicate something important about God: the fact that God provides, and is, abundance.

The same message is at the heart of Jesus’ other mighty deed related to sustenance, namely, the multiplication of the loaves and fishes. Jesus, however, was not offering “a chicken in every pot” to the hungry crowds; he was offering himself. Jesus’ mighty deeds reveal that he alone is to be our source of sustenance—an abundant source that will never be depleted.

Natural disasters are reminders of our powerlessness and our need to ally ourselves with a greater power. Jesus walked upon the water and calmed the storm on the lake in order to reveal that the One who had power over all creation has not abandoned it but is present in and actively maintaining it.

Both of these nature miracles communicate the same message: the threats and crises we encounter in nature—all manifestations of the threat of evil—are no match for the power of the Creator, who makes all things new. In essence, they tell us that, if God can walk upon the water and calm the wind and waves, he can most certainly help us stay afloat in the turbulent waters of our existence and calm the storms of our lives.

If any human experience stands out as totally contrary to God, it is death. God creates and redeems; death was not part of the original plan. Human sinfulness, however, allowed death to enter creation, and it remains the ultimate example of that which is in opposition to God. Fear of death can provoke the most profound feeling of powerlessness possible, as can the death of a loved one.

Among Jesus’ many mighty deeds, the mightiest were his acts of raising people from the dead: the widow’s son in the town of Nain (Luke 7), the 12-year-old daughter of a Temple official named Jairus (Matthew 9), and most famous of all, Jesus’ friend Lazarus (John 11). In each case, the message was clear: the only power stronger than death is present among us. Soon after these amazing events, Jesus’ Resurrection provided the most convincing evidence of all that death is not invincible and that he who can overpower it is in our midst.

Today, it falls to us to help others see the face of God through the mighty deeds that Jesus continues to perform through his disciples, especially in the areas I referred to earlier as the “Big Four”—sickness, lack of sustenance, natural disasters, and death. The Church has come to call mighty deeds in response to these hardships the Works of Mercy.

On a physical level, such deeds are known as corporal works of mercy: tending to people’s hunger, thirst, sickness, material want, homelessness, and imprisonment. On a spiritual and emotional level, they are known as the spiritual works of mercy: tending to people’s lack of knowledge, doubt, despair, mourning, harmful behaviors, and ruptured relationships.

These small acts of kindness we offer to those suffering may well be perceived as mighty deeds in the eyes of those on the receiving end. In sending us forth to do such works, Jesus invites us to become the imago Dei—the “image of God”—for those we encounter, mirroring, as it were, the face of God that Jesus revealed to us through his own words and actions.

(The above is adapted from my book, Under the Influence of Jesus: The Transforming Experience of Encountering Christ.) 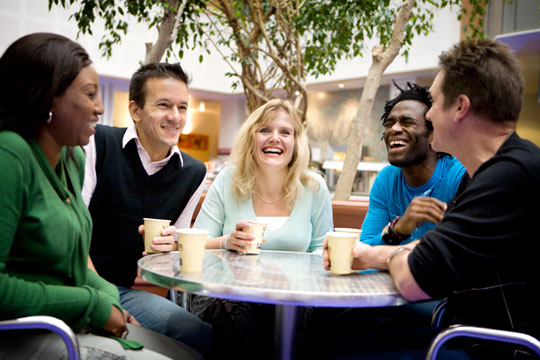 Seven Principles of an Evangelizing Community 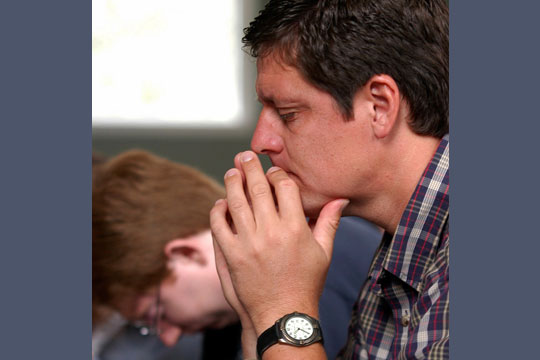 The Power of Prayer: Three Ways to Model Discipleship 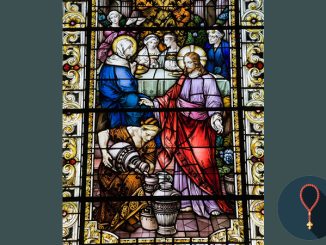 The Luminous Mysteries: The Wedding at Cana and a Banquet Mentality