The theme for Catechetical Sunday 2018 is “Enlisting Witnesses for Jesus Christ.” The following articles by Joe Paprocki, Julianne Stanz, and other catechists and catechetical leaders explore themes of discipleship and evangelization related to that theme. 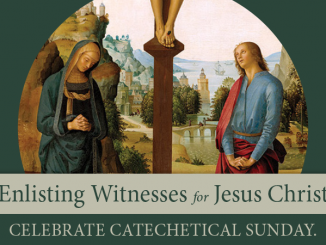 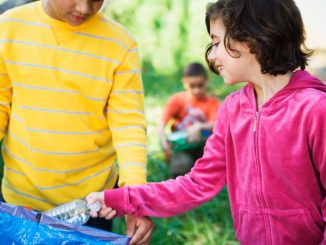 The corporal works of mercy play an important part in discipleship. When acts of service are planned to intentionally proclaim the Gospel and treat all people as if they were Jesus in disguise (see Matthew 25:34–40), they are a catalyst for initial and ongoing conversion. In her wisdom, the Church outlines a systematic and comprehensive process of evangelization and faith formation that nurtures conversion. This process of evangelization includes the following five stages. Pre-evangelization Initial […] 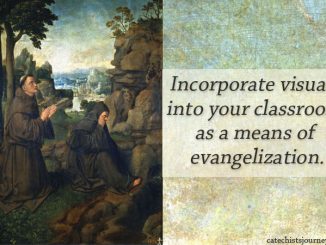 The expression “a picture speaks a thousand words” is particularly apt for the culture in which we live. Image-intensive social media platforms promote sharing through memes, stories, and snippets of information that go viral. For young people, images are not a distraction from the central message but constitute the message itself. Authenticity and thoughtful imaging of the Christian message are particularly important for us as a Church. For those who are in a pre-evangelization stage […] 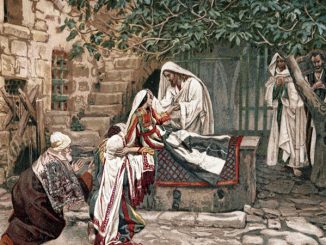 “But how do we know Jesus was an actual person and not just made up?” John, one of my tenth-grade students, asked. “I know what the Bible says, but do we have any other evidence?” As catechists we are often asked this kind of question, and it can catch us by surprise. The temptation when faced with a question like this is to offer a standard response such as, “Well, the Catholic Church teaches us […]

I often tell my audiences about the book Creating Customer Evangelists by Jackie Huba and Ben McConnell, not because I think they should read it, but because, as Catholics, we should be aware of the fact that a book that has nothing to do with faith, religion, or spirituality is using the word evangelists! The premise of the book is that customers should be so enamored with your product or service that they will become “outspoken […]

Many advertisements not only entice you to purchase a product, but they invite you to re-prioritize your life around an idea. Some of the best examples of this are diet plans, which are no longer just about losing a few pounds but are about adopting a new lifestyle. When I stroll into the kitchen at Loyola Press during lunch time, I see numerous people meticulously preparing their dishes according to the philosophy and strategy of […]

In his research about why some things “go viral” on social media, author Jonah Berger discovered that one of the main reasons is that the item provokes emotion, whether good or bad. Think about it: if you had a nickel for each post you’ve seen about a cute kitten, you’d be rich! People share things that make others reach for a tissue. By the same token, negative emotions can result in sharing, such as when a […]

Ultimately, a TV commercial is an invitation: after presenting to you all of the information about their amazing product or service, the sponsors invite you to join “other satisfied customers.” They then provide you with a phone number, a website address, and convenient locations so that you can avoid being left out. At the heart of Jesus’ message is an invitation. In fact, the Gospels tell us that Jesus was constantly inviting people to follow […]

One of the most often-used phrases in TV commercials is, “But wait, there’s more!” Just when you think you’ve heard it all and that it can’t get any better, the seller doubles down and tells you that it’s about to get even better—beyond your wildest dreams! (“Order now and get a second set free!”) In our proclamation of the Gospel, we have a “But wait, there’s more!” moment: the Resurrection of Jesus Christ! Just when […]

It is a fairly common practice in advertising to garner attention by making a claim about a product or service that is counterintuitive or defies commonly accepted reasoning. For example: a diet plan promises that you can lose weight in 30 days while eating all the bacon you want; a light beer promises robust flavor with only 64 calories; a body lotion promises to physically reshape your body; a bracelet promises to relieve arthritic pain. […]