Recently, a very brave catechist, Greg Olson, about to enter his second year as a catechist, spoke at all of his parish’s Sunday Masses to give witness to his vocation as a catechist and to help recruit new catechists. Greg is no stranger to this blog as he shares his thoughts and comments often, especially during this summer’s online retreat. With Greg’s permission, I am sharing his experience of speaking at the Masses. He and I both hope that in doing so, other catechists will find the courage to do the same. Thanks for sharing Greg!

I spoke today at all masses to share my experience as a one-year catechist trying to recruit others. Whew. First of all, I can’t give our pastor and deacons enough credit for being there the whole time on Sunday! Rather demanding. I was terribly nervous to get up and put myself “out there” for others to hear. I am a Lector and I never thought I would say that it is easier to proclaim the Word of God than it is to proclaim the Word of Greg. In the end, all went well.
I want to point out something though. I just finished an online course and we read the GDC (General Directory for Catechesis) and in it, it considered the elderly as “a gift to the church”. Now, I consider myself as someone that has historically not appreciated the elderly at Mass. I have slowly been learning though, this past year, that the elderly are quite wise (with age comes wisdom…duh….that phrase is finally starting to have meaning to me). I love the devotion of the elderly that are at daily mass when I can attend…..they also have a lot of insight every time I attend a parish adult faith formation event. Anyway, there were several times today in my speech when I saw some of the “old folks” smiling at me as I was speaking as if they were on cloud-9 that someone young (I’m in my 40’s…..still in denial that I’m aging) was up on the altar promoting the passage of our Faith. Whether they knew it or not, those smiles out in the crowd really calmed my nerves. I came away from today so fulfilled with that image! What a great gift the aged are to our Faith! 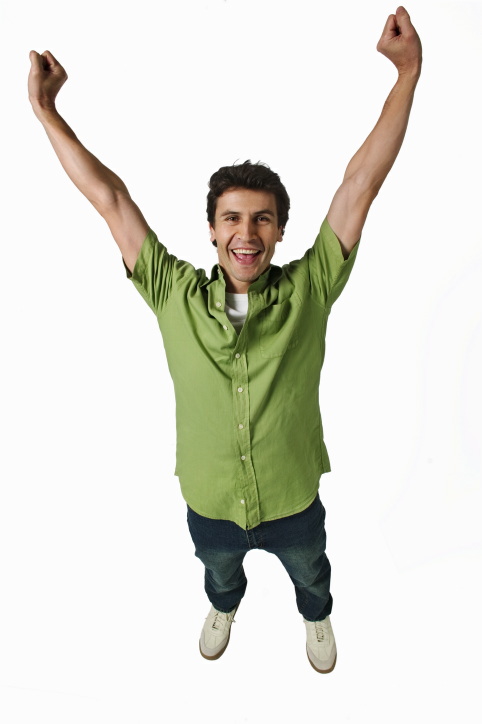 I continue to be amazed that every time I think I’m really stepping forward for the cause of promoting the Catholic Faith, I end up getting something greater back out of it! Today was no exception! I’d encourage anyone our there to “sing from the mountaintop” whenever they get a chance.

Blessings to All.
Greg

P.S. This is not a pic of Greg but it captures his “sing from the mountaintop” enthusiasm! 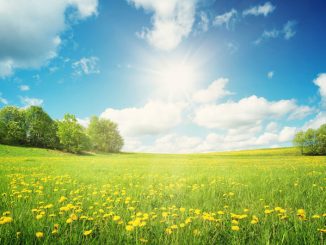 Use Vacation to Renew Your Vocation

The Bible Blueprint – My New Book is Here!

8 Comments on A Catechist Speaks at All the Sunday Masses