Our experience of playing a Jeopardy-like review was not bad at all last night. Of course, games can rile kids up so we were walking a fine line between having fun and laying down the law last night. However, overall, I’d have to say that fifty 8th graders in one room behaved pretty well!

The nice thing was that they did a pretty good job of answering the questions. All of us were pleased that they did know a number of basic things about the Catholic faith. We impressed upon them over and over that if they listen closely, they’ll hear all of the items from next week’s confirmation exam.

Probably the most impressive answer was when someone guessed that the phrase we use to describe the suffering, death, resurrection, and ascension of Jesus is “The Paschal Mystery!”

In the end, I’m proud that my class ended in first place, but it was only because we got the Final Jeopardy answer correct (This pope visited Chicago in 1979 – Who is Pope John Paul II?) while the team we were tied with got it wrong. There were 3 or 4 kids on my team who really knew their stuff…I was impressed.

Following the game, we distributed a study sheet/packet for them to take home, once again telling them what they need to know for the exam next week. They have certainly been prepared! The biggest challenge for them will be the section on the Ten Commandments which is a blank page that they have to fill in from memory!

All in all, we were pleased with how things turned out. It was hard work keeping them attentive but it was worth it for the engagement it created and the learning that took place. 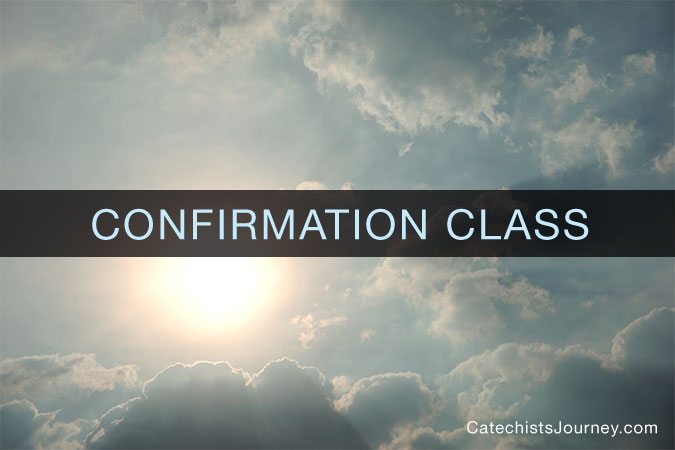 Rite of Confirmation: The Renewal of Baptismal Promises

Webinar Recording Now Available: Under the Influence of Jesus