Last evening’s class went very nicely, however, I really felt like I needed to ovecome some “rust” after a few weeks of not teaching (because of interruptions in the schedule). For one, I forgot to include our little ritual gesture of marking our foreheads, lips, and hearts with the sign of the Cross at the start of class! Didn’t think about it till I got home and was reviewing in my mind how the class went!

It was nice to see the kids again and we spent one last class going over the Ten Commandments. We had a very good discussion about the Commandments and focused on lots of examples of different ways that we can find ourselves performing actions that are against the spirit of the Commandments. In particular, 2 very interesting discussions took place. The first was with regards to the 5th Commandment, You Shall Not Kill. We talked about bullying and how that is an offense against the 5th Commandment and I made some allusions to my childhood and growing up in a pretty tough neighborhood. One of the kids asked (with a laugh), “Did you ever see anyone get killed?” It got very quiet and serious when I told them that, yes, unfortunately, I did witness such a tragedy years ago. I did not go into any details but simply explained that the world can be a very scary place at times and that we need the Commandments to guide us. The kids couldn’t stop asking questions about what it was like for me to grow up in such a neighborhood…they love “real-life” stories!

The 2nd good discussion we had was about the 3rd Commandment and going to Mass. I said that I know many of them don’t go to Mass because their parents don’t take them. So many of them looked like they thought I was talking to them personally! I said that, at their age, they are not totally responsible for this because they rely on their parents for transportation however I explained that as they get older and can walk or ride a bike to church, they must assume that responsibility. I explained that it is their parents’ responsibility now but I did not want to make it sound like I was condemning them for not taking them to Mass. I simply said that sometimes, parents let things get in the way of keeping God first, and that hopefully, they will see how important it is to keep the Lord’s Day on Sunday by going to Mass. It was a good discussion but a tricky one because I want to emphasize the importance of going to Mass but at the same time not have them feeling as though they and their parents are bad people. Your thoughts?

Finally, I had planned to lead a guided reflection about their experience of the Sacrament of Reconciliation the week before however one of the moms came to see me right before class and asked that I not do so because her child had a bad experience (sounds like the child had a bit of a panic attack about the idea of going to talk to the priest…that can happen to kids). Instead, I let the Jeopardy review game go longer and then used the last few minutes of class to talk about Ash Wednesday which is a week from tomorrow.

In all, a pretty good class. Remember, I’d love to hear your thoughts about talking to kids about the importance of going to Mass when the fact is their parents aren’t taking them. 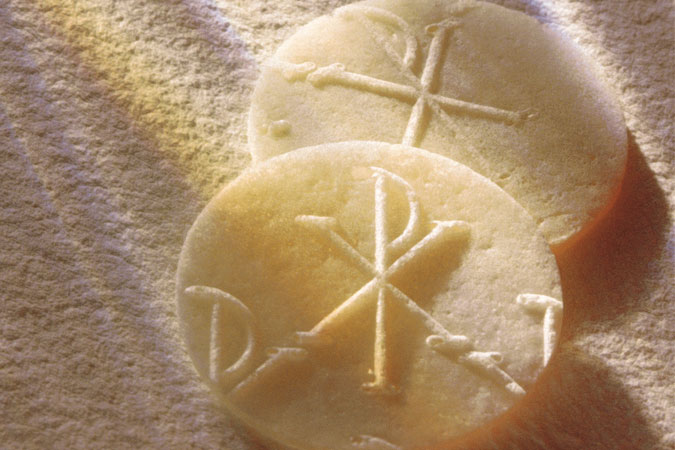 Real Presence in the Eucharist 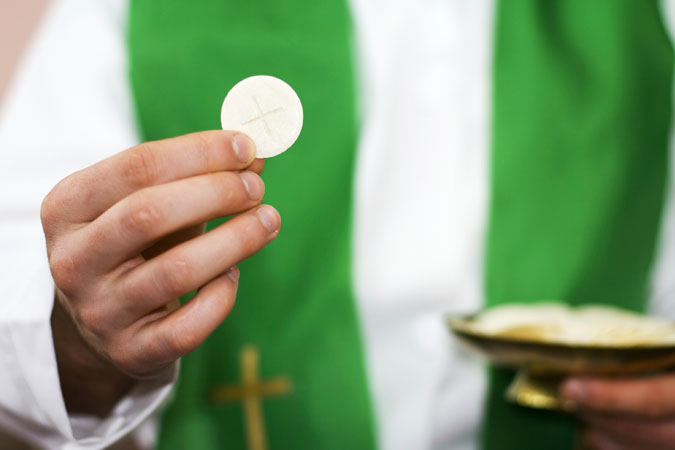 Feast of the Body and Blood of Christ: Hard to Swallow?

19 Comments on A Little Rusty