Yesterday, we began a series here on my blog about the six tasks of catechesis, focusing on the notion that God is calling each of us to fulfill a role that he has planned for us. Just as actors rely on certain strategies to immerse themselves in character, we too rely on certain strategies to “immerse” ourselves in the role that God is calling us to fill: the “best version of ourselves” (to borrow a phrase from Matthew Kelly). We call these strategies the Six Tasks of Catechesis. Today, we look at task number 1: Promoting Knowledge of the Faith by looking at how actors practice the skill of concentration.

Concentration – Actors need something to believe in. They must convince themselves and their audience of the authenticity of their lines and actions. In their book Acting is Believing (Cengage Learning, 2011), authors Charles McGaw, Kenneth Stilson, and Larry D. Clark explain that, “As an actor, you must hone your ability to believe in everything that takes place on stage.” In order to accomplish this, actors work at their concentration, studying their role so as to be totally immersed in character and impervious to distraction. This type of concentration and belief is what enables us to believe that Meryl Streep is Margaret Thatcher in one movie, a Polish girl named Sophie in another, and Julia Child in another. It’s not just make-up. She studies her roles with such passion and thoroughness that she is able to attain the kind of credibility that has resulted in so many awards and accolades.

In our quest to follow Jesus and to fulfill the role he envisions us filling – as a faithful disciple – we too are called to practice this kind of concentration. It all begins with our need to believe in the role God wants us to play. We need to believe that God has a vision for the person he hopes we will become. We need to believe in who Jesus is, in what he has said and done, and in his promise of unfailing love for us, so that we can pattern our life after his. We strengthen this belief and concentration by immersing ourselves in the life of Jesus and in his teaching. We do this by “researching our role” – by deepening the knowledge of our faith. Strategy #1: Research your role – Christians have traditionally consulted a variety of sources to research their role in order to find what and who they believe in and to discover the pattern for their lives. To research our role, we need to read, study, and reflect on Scripture, read the lives of the saints, come to know the Catechism of the Catholic Church, and read inspirational and informative literature. In doing so, we deepen our knowledge of the faith and come to believe in the authenticity of our vocation to become the person God intends us to be. 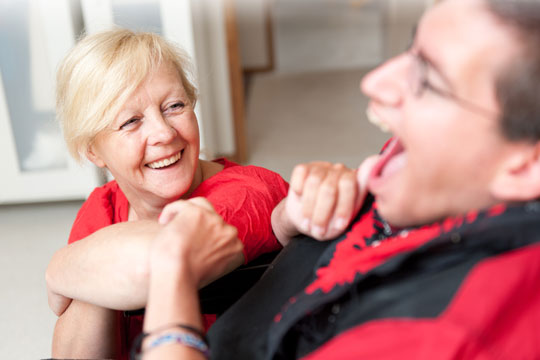 The Six Tasks of Catechesis #6: Missionary Initiation, or Evangelizing our Faith

The Six Tasks of Catechesis #3: Moral Formation, or Living Out Our Faith