Recently, we began a series here on my blog about the six tasks of catechesis, focusing on the notion that God is calling each of us to fulfill a role that he has planned for us. Just as actors rely on certain strategies to immerse themselves in character, we too rely on certain strategies to “immerse” ourselves in the role that God is calling us to fill: the “best version of ourselves” (to borrow a phrase from Matthew Kelly). We call these strategies the Six Tasks of Catechesis. Today, we look at task number 3: Promoting Moral Formation by looking at how actors practice the skill of “externalization and dramatic action.”

Externalization/Dramatic Action – it’s one thing for an actor to internalize the thoughts, feelings, and dreams of the character he or she is playing. It’s quite another thing to be able to externalize that. When all is said and done, acting is all about being outwardly focused and is judged by the quality of the interactions with the other characters. Externalization is the process of effectively expressing, both through words and actions, the deep personality of a character. One of my wife’s favorite movies of all time is The Way We Were with Barbara Streisand (Katie) and Robert Redford (Hubbell). Talk about chemistry! The scene that makes my wife cry every time is near the end of the film, when Katie reaches out one last time and gently brushes the hair out of Hubbell’s eyes. This dramatic action externally expresses the inner reality of their relationship after all of the conflicts and challenges they have experienced. Drama, in fact, is defined by conflict which must be addressed through the external actions of the characters in order to be resolved.

Discipleship with Jesus is not without drama, namely because following Jesus does not resolve all of the conflicts in our lives. What it does do, however, is provide us with the pattern of the life that Jesus lived so that we might integrate his virtues into our own character and respond to conflict in a way that is consistent with our role as a follower of Christ. Ultimately, discipleship, like acting, is outwardly focused. Jesus said, “It is not those who say to me, ‘Lord, Lord!’ who shall enter the Kingdom of heaven, but those who do the will of my Father in heaven.” (Mt 7:21) Discipleship is judged by the quality of our interactions with others which is why John teaches us that anyone who says they love God but hates their neighbor is a liar. (1Jn 4:20) We have not been cast in a one-man or one-woman play. Rather, we are members of an extremely large, diverse, and complex cast, not all of whom are playing their role well or even paying attention to the Divine Director. However, that doesn’t change the fact that the Divine Director has cast us in a role that can only be fulfilled through our appropriate interactions with other cast members. Strategy #3: Strive for quality interactions – Disciples of Christ take the 25th chapter of Matthew very seriously (“When I was hungry, you fed me,” etc.) Jesus states very clearly that the quality of our discipleship will be judged by the quality of our interactions with others. Seek to make each interaction in your day something that you would not be ashamed for Jesus to see but that would please him. Take it one interaction at a time and improvise, like actors are often required to do, while drawing on the patterns that you are learning from the life of Jesus. Then, at the end of each day, review your performance with the Divine Director seated next to you, lovingly pointing out when your actions carried you closer to the role he envisions for you or took you further away from it.

Update on My OWN Classes 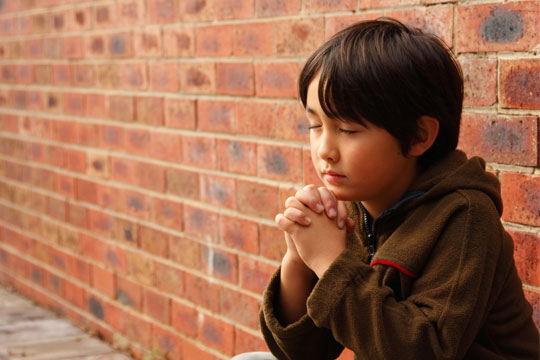 The Six Tasks of Catechesis #4: Teaching to Pray, or Praying Our Faith

A Summary of Last Evening's Class