One of the great things about getting together as family is either being reminded of or noticing for the first time family resemblances. Oh, there are obvious facial resemblances. But there are also resemblances as far as personalities go. Some resemblances we inherit. Others we choose.

Well, when it comes to my mom, Veronica, she no doubt inherited a physical resemblance to her mother Wanda. She had no choice in that matter. But when it came to personality traits, Veronica decided to make some important choices. You see, Mom was not surrounded by the healthiest of personalities. We didn’t often hear her stories growing up. We heard a lot of stories about the Paprocki side of the family—stories that were joyful, funny, full of life, and, while filled with references to drugs (we owned a family pharmacy!), were nonetheless positive.

Mom’s stories, on the other hand, were always told with a hint of melancholy because most of her stories were rather sad. Her family was very poor; her father was an alcoholic and verbally abusive; her mother suffered from severe depression; her parents neglected to have her and her younger brother Eugene baptized; she had two younger brothers who were lost at birth; her brother Ray became an alcoholic and died at a young age; and, when her little brother Eugene came back from the war, he was never the same and ended up homeless.

Occasionally, Mom would tell these stories. Sad stories. And she would shake her head as if to say, it didn’t have to be that way. And I asked her once, how, with all of that sadness and dysfunction, did she turn out to be so positive, so optimistic, so joyful? She said, “I decided I didn’t want that. I wanted to be happy.”

And so, for 87 years, Veronica has done just that—she has chosen to be happy. 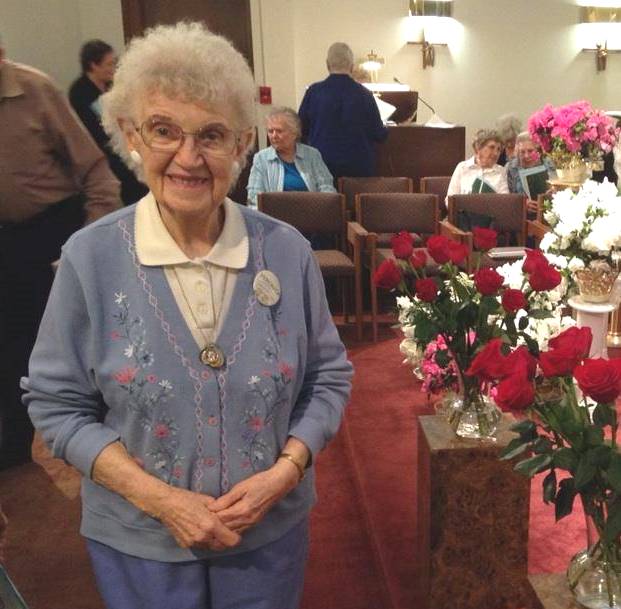 Veronica had a choice to make. She could have chosen to resemble the dysfunction she grew up with and end up seeing the world as full of darkness, sadness, and cruelty, or she could choose to see the world as full of light, hope, and joy. She chose to see the world as God sees it. And as a result of practicing that way of seeing for 87 years, Veronica developed a resemblance to God. She was appropriately named Veronica, which comes from the Latin, vera iconica, which means “true image.”

According to Christian tradition, as Jesus carried his cross to Calvary, a brave woman stepped through the crowds and, when she wiped Jesus’ face with a towel, an image of his face was left on the cloth. The woman’s name was Veronica—true image. I remember when we would attend the Stations of the Cross on Fridays during Lent and they would announce the sixth station: Veronica wipes the face of Jesus; I had to hold myself back from saying, “That’s my mom!”

Veronica is a true icon.

Sacred icons are not just for decoration but are meant to bring people into an encounter with God’s presence. Veronica is indeed a true icon. When you are with her, you somehow feel closer to God.

Sacred icons are an experience of the beauty of God. Veronica is indeed a true icon. In her beautiful smile, in her calm, in her joy, and in her love, we all catch a glimpse of God’s beauty.

Sacred icons are meant to teach us about our faith. Veronica is a true icon. In her compassion, in her patience, in her selflessness, in her humility, in her gentleness, and in her devotion, we learn what true faith looks like.

Sacred icons are intended to inspire us to imitate the subject of the icon, whether it is Jesus, Mary, or the saints. Veronica is a true icon. In her life and in her very being, she imitates Christ. May each of us in some small way imitate her.

Finally, sacred icons are never signed by the iconographer in recognition that God is the true artist. Veronica is a true icon. It has never been about her.

If Veronica’s life teaches us anything, it teaches us that we have a choice as to who we want to resemble. As a child, Veronica looked at the choices being made by people around her and said, “That’s not for me.” Instead, she looked at the choices her best friend Ramona Pie (short for Pieczynski) and her parents, Mr. and Mrs. Pie had made—a choice to imitate the love and the life of the Trinity—an intimate relationship of joyful, selfless love. Once, when young Veronica snuck into church and saw Mr. and Mrs. Pie go up to Communion, she was curious about what they were receiving. The next day, she asked them, “What do you get when you go up to the priest?” They responded, “The greatest gift you can ever imagine!” Veronica decided she wanted that gift. She chose Jesus, got baptized at the age of 14, and for the rest of her life, she received the greatest gift you could ever imagine each and every day—Jesus Christ—God himself in the Eucharist. And with each passing day, week, month, year, and decade, she began more and more to resemble God, in whose image we are all made.

Not too long ago, my son Mike, who resembles someone…I just can’t put my finger on it ;), discovered another kind of image—a long-lost video clip of my dad—as far as we know, the only footage of him that exists. It was taken at his 75th birthday party just two years before he died, and it’s less than 30 seconds long and is, of course, of Dad telling a story: a “golden one” from John. I showed this clip to my mom a couple of months ago on my cell phone, the first time she had seen a live image of Dad’s face in 17 years. When Dad’s face appeared on screen, she smiled a big smile, said, “Ohhhh!” as Mom was known to do, and reached out and touched the screen, stroking his face.

Isn’t it wonderful to know that this scene will one day be repeated in heaven, as Veronica is greeted by John! She will reach out and touch his face and say, “Ohhh, just like I remember you.” And Dad will say, “There’s someone I want you to meet.” And as he steps aside, Veronica will come face to face with the true image of God and she will reach out and touch God’s face and say, “I know you—you’re just as I pictured you.”

And all the angels and saints will say, “My, how they resemble each other!”

Please keep my mom, Veronica, in your prayers. She is in a nursing home and in declining health. May God bless all of our mothers, those living and those who have gone before us, on this Mother’s Day! 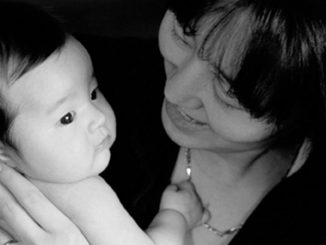 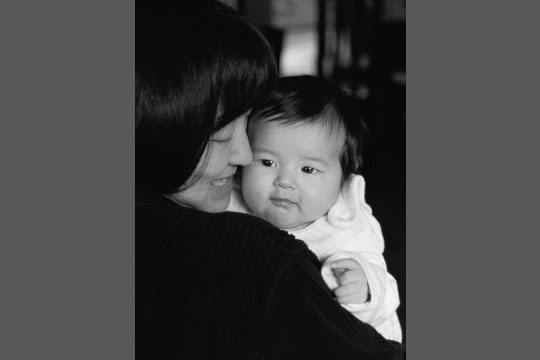 10 Comments on Veronica: True Icon—A Tribute to My Mom