This is the first article in a series about forming children for active participation in the Mass. 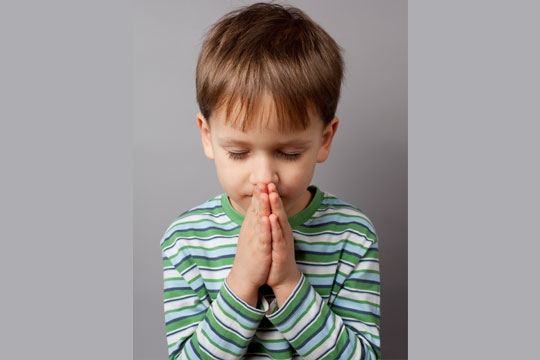 Do your catechists complain that students don’t know how to behave in church? The sad truth is many families do not go to Mass. Catechesis without Mass, however, is not going to “make them Catholic.” One way to help young people love and desire the Mass is by using “the language of mystery” in our catechetical sessions, as Joe Paprocki shows is so important in Beyond the Catechist’s Toolbox.

Unchurched kids generally understand neither silence nor reverence. They live in a world without either, yet silence is important to the Mass, as it is part of the role of the assembly to add their own prayers or meditate on what they have heard. Silence and reverence also help the community at Mass to pray. Being aware of the sacred teaches children that going to Mass is not the same as going to any other event.

The Sound of Silence

The modern world is noisy. Children frequently multi-task to television or with music in their ears—as if they are uncomfortable with silence. Yet silence is crucial to faith: “In the kingdom of God, the primary form of expression is silence,” says Paprocki. We must be silent in order to listen to God. Students who experience opportunities for silence usually tell catechists they love it.

Catechists can encourage this appreciation for silence. A simple, “Let us pray,” followed by silence before praying is a good place to begin. If prayer does not start until all have settled down, it will help students learn to quiet themselves. After, let the prayer sink in before beginning the next activity. Paprocki also suggests silence after reading from Scripture or the textbook, since this is not a regular school book.

Catechists should also use prayer that incorporates silence, such as guided reflection, adoration, and centering prayer, rather than only using formula prayers and prayers printed in the textbook.

Reverence for the King

Like silence, awe and reverence for the sacred may be foreign to children today. No one in their world is exempt from skepticism or ridicule. Catechists should not only teach young people respect for one another but also reverence for God.

Before going to church with their groups, catechists should talk about sacred space and teach that Jesus Christ in the Eucharist is really in the tabernacle. It is important to ask for students to enter in silence and teach them to genuflect, because this is so different from conventions anyplace else they go. Be sure to explain that they are taking a knee to Jesus, their king, just as people do to honor an earthly king. (It’s also OK to mention Tim Tebow.) They are going to the house of God, not to a concert or a baseball game.

All these strategies should continue throughout catechesis, not just when preparing for First Eucharist. Laying this groundwork helps students understand how important Mass is for Catholics. Perhaps that would encourage them to ask parents to bring them on weekends. 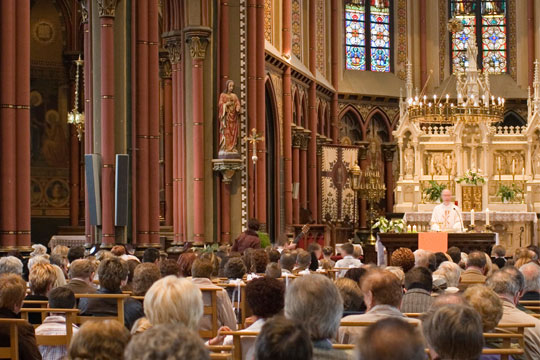 Forming Children and Youth for the Mass, Part 8: Mission

Forming Children and Youth for the Mass, Part 7: Thankfulness

Forming Children and Youth for the Mass, Part 4: Intercessory Prayer

2 Comments on Forming Children and Youth for the Mass, Part 1: Silence and Reverence