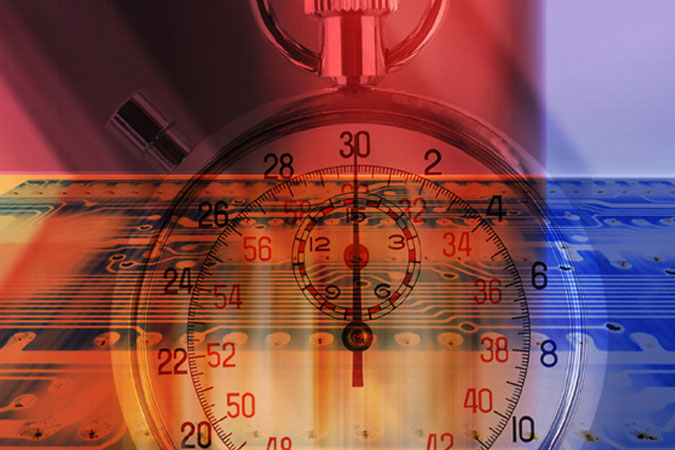 My best friend Joe is a real handyman, and he has a keen eye for spotting problems that might need some repair. He often says something like, “It may look OK now, but if you don’t deal with this soon, and if you don’t do it right, you could have some real problems on your hand.” His advice creates a sense of urgency, but not alarm. Joe is a realist, not an alarmist.

In the Gospel readings during these last few weeks of the liturgical year, Jesus sounds a lot like my friend Joe. These readings direct our attention to the “end times.” Too often, however, we jump to the conclusion that, in these readings, Jesus is predicting the end of the world, and we can fall victim to believing that doomsday will occur any day now. That is not the purpose of apocalyptic literature in Scripture—a genre of writing that strives to interpret the meaning of current events in light of the “big picture,” which includes the past, present, and future. Its purpose is not to create fear or despair about imminent destruction, but rather to give encouragement and hope for people experiencing trials and tribulations. The desired effect is one of creating a sense of urgency about decisions we face now that may have lasting consequences. If we make poor decisions, the result may be lasting undesired consequences.

So as we listen to Jesus speak about the end times, don’t get caught up in trying to decipher what he’s saying in order to predict when and how the world will end. Rather, embrace the sense of urgency that comes with being a disciple of Jesus, and pray for the grace that you, I, and all of us need to make good decisions that avoid harmful consequences for ourselves and others.

P.S. A Thought About the Election
It is sheer coincidence that my following comments about the election follow a post about the “end times!” 😉 I, for one, do not subscribe to the notion that the election of one individual spells the end of the world.
In the days leading up to the election, a number of people said they were going to “hold their nose” and vote for one or the other candidate. For followers of Jesus, the words of our Holy Father, Pope Francis, come to mind as he encouraged all those who minister to “have the smell of the sheep.” For Christians, there is no escaping from the lingering odor that hangs over our country as a result of this election as a multitude of hateful sins, often lurking in the shadows, have been brought into the light of day where we can deal with them. And deal with them we must. Our work now intensifies since we are citizens first and foremost of a kingdom that transcends the United States of America and we owe our allegiance, not primarily to a flag, but to a Person – Christ the King – and we strive to embody and foster the values that Jesus proclaimed: compassion, mercy, justice, respect, truth, solidarity, and above all, selfless love. So, let’s roll up our sleeves, put on our hip boots, and affix a nose plug as we wade into the odiferous muck that has surfaced as a result of this election and do what disciples of Jesus do – proclaim to a broken world the Good News of Jesus Christ who alone has the words of eternal life.

Third Sunday of Lent, Year A: Mercy Without Limits

1 Comment on The End Times: Urgency, Not Fear (And a Thought About the Election)