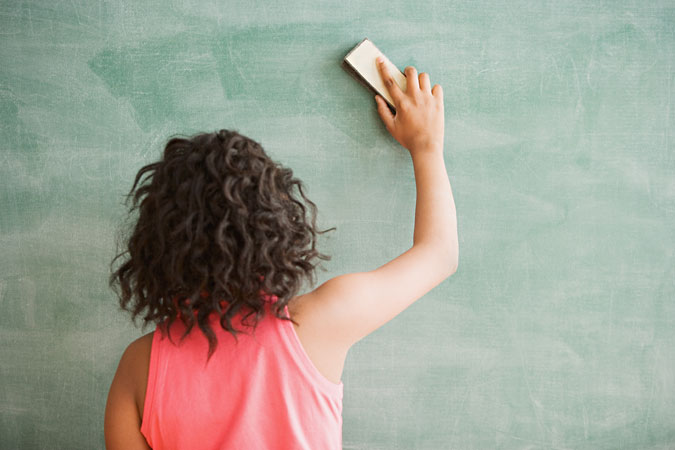 In a recent faith-formation class, we did something that I have never done in my many years of teaching: we finished 15 minutes early. While 15 minutes may not seem like a lot of time, for those of us in the classroom, 15 minutes can feel like an eternity if we are not prepared. My mind searched for something to do that didn’t require any setup or explanation.

We decided to play hangman; I’m not sure if it was my idea or if a student suggested it. I selected a word from that day’s lesson. They had a bunch of fun trying to guess it, and I had fun watching them crinkle their noses as they tried to decipher the word from just a couple of seemingly random letters. When someone finally shouted “Eucharist” there were cheers as well as a few groans from among those students who didn’t guess it.

I moved on to more words from the lesson before discovering the fun in letting a student pick a word. They selected short words like Church, Jesus, Mary, Christ, and love, which turned out to be extremely easy for these kids to guess. I returned to picking the words; I made the game a little harder by using phrases and longer words. “The Body of Christ” was not terribly difficult, but it was challenging enough to keep the game moving for a bit. We also used the name of our parish, “Saint Angela Merici,” which turned out to be a quick win for a student.

The 15 minutes just zoomed by. When we finished, I realized how much fun we were having. Yes, at the end of each round we discussed the word or phrase and what it meant, but all in all, it was just a game. We were laughing together and interacting so well that many of the children did not want to leave when their parents arrived.

That extra time at the end of class turned out to be a blessing. The game reminded me that sometimes the class needs to come together for a little bit of fun. When my students had fun together as a group, I saw that they were a little bit more eager to come back and participate the following week, which helped them be more open to the lesson I was attempting to teach.

What game or activity do you turn to with extra time left over in the class?

Learning Stations for the Sacraments of Initiation

“People like that have poop for brains” – Pardon my “French”