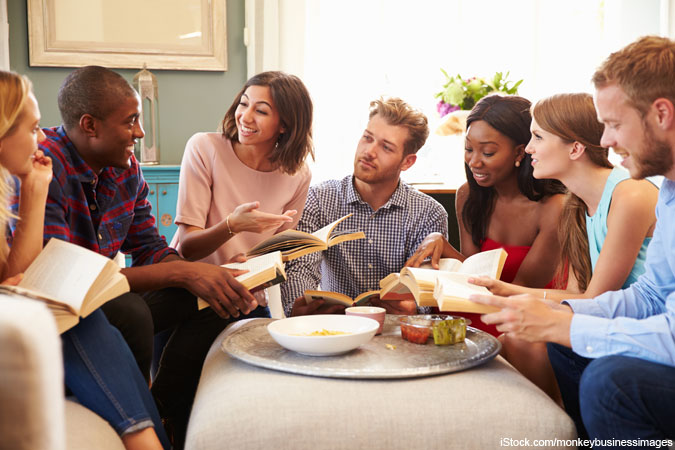 Jazz is dying because of people like you. You’re playing to 90-year-olds at the Lighthouse. Where are the kids? Where are the young people? You’re so obsessed with Kenny Clarke and Thelonious Monk. These guys were revolutionaries. How are you going to be a revolutionary if you’re such a traditionalist? You’re holding onto the past, but jazz is about the future.

In many ways, we are dealing with the same problem in adult faith formation, which is most often populated by seniors. We continue to offer opportunities that seniors find attractive, and then we lament that there are no young folks attending.

We confronted this problem at my parish recently when, as we worked on plans for small faith groups during Lent, the pastor asked, “Who’s not participating in these groups? They look pretty homogenous to me.” And he was absolutely right; the majority of our groups were comprised of middle-aged or older people. From there, we decided to get intentional and identified several young potential small-group leaders and designed a small group for young moms. The parish school agreed to make the preschool room available once a week during Lent for this small group of moms and their kids. The associate pastor personally met with the young mom identified as a potential leader, and she immediately agreed to serve as the leader of this small group. While this is only one segment of the younger adult population, it’s a start!

The homogeneity of our small faith groups has also been along racial lines, and the pastor urged us to recruit small-group leaders of various ethnicities. We have since identified several potential parishioners and will be reaching out with invitations soon. Pray that our intentionality continues to bear fruit and that our parish—and the Church—gets better at intentionality when it comes to inviting people of various ages and ethnicities to answer the call to leadership.