Lent is one of my favorite times of the year. It forces me to slow down and focus more intently on Jesus for 40 days. But when teaching fourth graders, slowing down is not the optimal way to communicate the importance of Lent. While I was talking to my class about Lent, I was surprised by the number of students who confused Lent and Advent. Too many didn’t understand much of Lent beyond giving up soda and chocolate.

While most students knew that they should give up something for Lent, they didn’t really understand why. I decided to spend a portion of the class talking about the true purpose of Lent: preparing our hearts to sing “Alleluia! He is risen!” at Easter. During the 40 days of Lent, we focus on the Cross with the hope of becoming better followers of Christ at Easter. I’m pretty passionate when talking about this topic; my students, however, remained quiet, which is a rarity. I began to wonder: have we catechists missed an opportunity when talking about Lent? Do we skip over the true meaning of Lent—to become a changed person—focusing instead on what to give up, what to give away, or how to pray?

I asked the students to explain how their observance of Lent would bring them closer to Christ. How would giving something up make them better disciples? How would giving things away help them love God and love their neighbor? How would their Lenten prayers change their hearts to be more like Christ’s? Most of the students responded by explaining that giving up an activity would allow them to spend more time with their family or in prayer. A few of the children who were in my class last year reminded me of examples I had given them previously, and they asked me if those observances worked. I was thrilled to explain the ways I observed Lent in the past, and I was honest in explaining that some observances did change me, and others didn’t. I was touched when a few students quietly whispered that they were going to give up things such as bullying and gossiping. I encouraged them by telling them that it takes courage and strength to want to change.

In the future, I will remember that I have to do more than explain how to observe Lent; I need to explain why we celebrate Lent in the hope that the children’s prayer, fasting, and almsgiving will help them become better disciples. 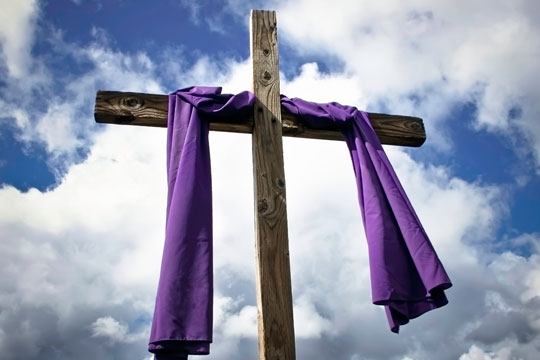 Ash Wednesday and Lent: Holiness is a Habit

A Tour of the Church Student Worksheet