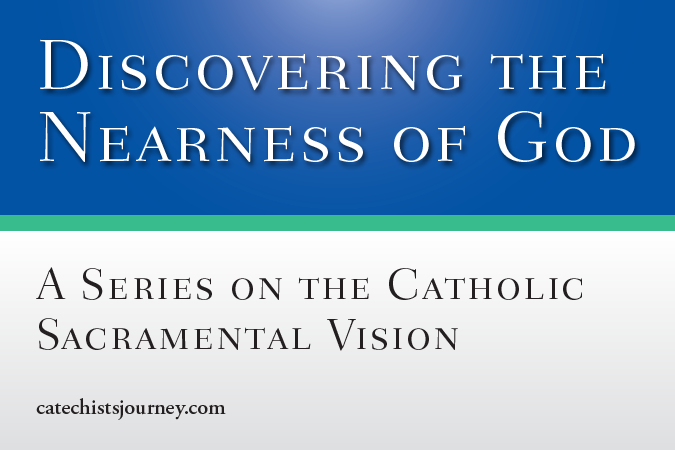 Welcome to the third installment of my series “Discovering the Nearness of God: An Eight-Week Series on the Catholic Sacramental Vision.” This week we will explore the Sacrament of Confirmation, with the theme of “What’s Come Over You?”

We use the phrase, “What’s come over you?” when someone appears to be affected by something. The phrase captures our belief that it is possible for something outside ourselves to affect us within and transform the way we think, feel, speak, and act. In the Gospels, people often wanted to know what had “come over” Jesus. People who saw Jesus perform miracles and heard him teach with such authority concluded that he had a spirit that was beyond human, a spirit that could come only from God. This is why, when Jesus asked his Apostles, “Who do you say that I am?” Peter responded, “You are the Messiah” (Mark 8:29). This was Peter’s way of asserting that Jesus was filled (anointed) with a spirit that comes only from God.

The Jewish people believed that it was possible to receive something spiritual, not only from God, but also from another person—something from outside themselves that could transform and renew them from within. They imagined this “something spiritual” as being “poured out” like one pours out a precious oil. Thus, they spoke of receiving the spirit of God as “being anointed” and they spoke of Jesus as “the Christ,” which means “the anointed one.” Before long, followers of the Christ concluded that by learning about him, they could share in his spirit. Likewise, they soon came to recognize that the same Spirit that filled Jesus could be “transferred” from one person to another through the act of anointing with oil and laying on of hands.

When talking about concepts such as anointing, we tend to jump immediately to the spiritual/religious understanding of the word, often overlooking its ordinary meaning, which means to pour, smear, or rub oil on someone or something. Long before anointing became a ritual act, it was an action of ordinary life, especially in dry Middle Eastern climates where anointing was needed to moisturize one’s skin. Anointing also had therapeutic and healing qualities. When one anointed another person with oil, the goal was to effect a change in that person, bringing dry skin to life, easing soreness and pain, increasing ease of motion, and restoring health where there was sickness.

This natural act of anointing with oil took on ritual meaning, symbolizing a transformation taking place on the spiritual level within a person. The key, however, is that the transformation is not an act of self-achievement but is rather attributed to the inspiration and power of a reality beyond oneself, namely divine power: the Holy Spirit of God. Just as we do not baptize ourselves or give ourselves the Eucharist, we do not anoint ourselves; we are anointed. In essence, the Holy Spirit “rubs off on us.”

Think about that phrase for a moment. Through science, we know that each time we brush against something or wash ourselves, we rub off a top layer of skin that is replaced by a new layer. We use the phrase “rubs off on us” to describe an effect that occurs when we brush against or have a close association with another person and we begin to incorporate aspects or habits of that person, whether good or bad. When we are around upbeat, energetic people, we often remark that we wish some of their optimism and energy would rub off on us. When a child starts to pick up bad habits, we sometimes say that someone who is a bad influence is “rubbing off” on him or her.

Once anointed with the Holy Spirit, we are “oily,” which means that when we brush up against others, we hope to rub off on them (and not rub them the wrong way!) to spread the qualities of the Holy Spirit throughout the world. St. Paul tells us that when the Holy Spirit “rubs off” on us, we take on the following qualities (Galatians 5:22–23):

As we strive to live our Confirmation each and every day, may others wonder “what’s come over us” as the fruits of the Holy Spirit ooze forth through our words and actions, and may we “rub off” on all those we come into contact with! 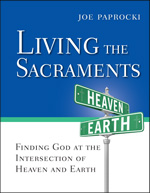 Read more in Living the Sacraments. 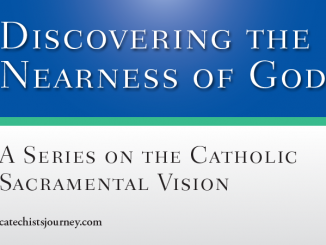 Discovering the Nearness of God: Reconciliation: Rescue Me!