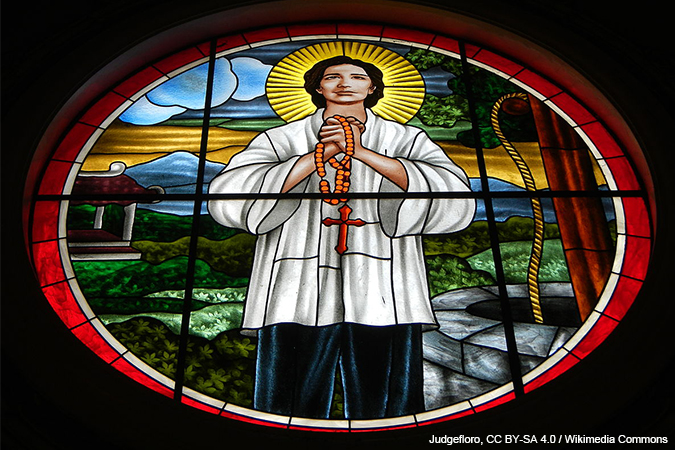 This is part four of a series exploring saints who lived as missionary disciples.

Jesus called ordinary people to become his disciples, and through the gift of faith, they accomplished many extraordinary feats. He transformed simple fishermen and merchants into men and women who utterly altered the society in which they lived. We might not think we are capable of the same kinds of miraculous deeds, but we are. If the thought of carrying out difficult or challenging deeds for the Lord fills you with fear, you are not alone! But the saints have a lot to teach us in confronting and overcoming our fears by exhibiting courage under times of intense stress and pressure. One of the keys to missionary discipleship, as the life of St. Lorenzo Ruiz teaches us, is holy boldness.

Born in 1594 in Binondo, Manila, to a Chinese father and a Filipino mother who were both Catholic, Lorenzo grew up to be multilingual and multicultural. He served as an altar boy and led a quiet and peaceful life. He and his wife, Rosario, had two sons whom he supported by working as a clerk at the Binondo church. Through a strange twist of events, Lorenzo was falsely accused of killing a Spaniard. In danger for his life, Lorenzo fled the country with three Dominican priests and a layman.

They arrived in Japan where the Tokugawa Shogunate—or feudal military government—was heavily persecuting Christians. The men were arrested, thrown into prison, and tortured repeatedly. They faced trial and were taken to Nishizaka Hill where they endured a particularly cruel form of torture known as tsurushi. Bound and hung upside down over a pit, one of the victim’s hands was left unbound so that he could signal the desire to recant his faith. If a person recanted, he was released. If not, the martyr endured a slow and painful death. Despite his intense suffering, Lorenzo steadfastly refused to deny his faith, and he eventually died. His body was cremated, and his ashes were discarded by being thrown into the sea.

In our challenging times, we all face obstacles and, while they are not as dramatic as the ones faced by St. Lorenzo Ruiz and his companions, they can paralyze us. As missionary disciples, we can follow the example of St. Lorenzo Ruiz and call upon the power of the Holy Spirit to give us the courage and boldness to face our fears. As Pope Francis reminds us, “the Holy Spirit also grants the courage to proclaim the newness of the Gospel with boldness (parrhesía) in every time and place, even when it meets with opposition. Let us call upon him today, firmly rooted in prayer, for without prayer all our activity risks being fruitless and our message empty.” (Evangelii Gaudium #259)

As St. Lorenzo teaches us, God is present in the midst of our suffering, and the Holy Spirit will strengthen us in our hour of need. St. Lorenzo Ruiz’s last words before death were, “I am a Catholic and wholeheartedly do accept death for God. Had I a thousand lives, all these to him I shall offer. Do with me as you please.” Praying for the gift of holy boldness when we are faced with difficulties, or even when we feel uncomfortable sharing our faith, will help us to step out in faith.

Where do you see holy boldness lived out today? How can you inspire others to cultivate the gift of holy boldness in their own lives?

Photo by Judgefloro, used under CC BY-SA 4.0 via Wikimedia Commons.

Print Friendly
About Julianne Stanz 69 Articles
Julianne Stanz is the Director of Discipleship and Leadership Development for the Diocese of Green Bay and a consultant to the USCCB Committee on Catechesis and Evangelization. Julianne infuses her talks, retreats, and seminars with humor, passion, and insights from her life in Ireland. A popular speaker, storyteller, and author, Julianne is married with three children and spends her time reading, writing, teaching, and collecting beach glass. She is the author of Start with Jesus: How Everyday Disciples Will Renew the Church, Developing Disciples of Christ, and co-author, with Joe Paprocki, of The Catechist’s Backpack. 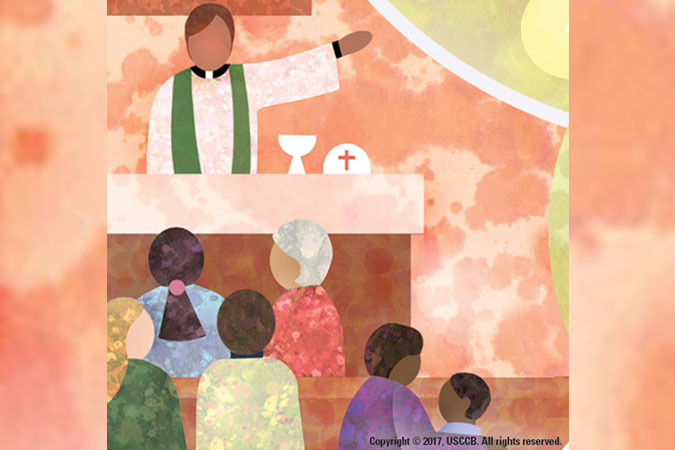 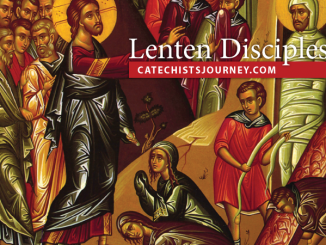 Lenten Disciples: Martha and Mary at the Raising of Lazarus 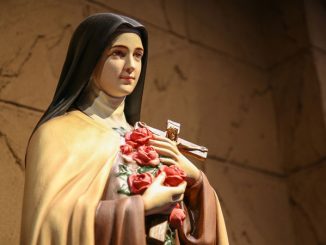 Lessons from My Friends, the Saints