For our final Confirmation Intensive last evening, we focused on the Rite of Confirmation, which includes the following:

I’m currently sharing with you what I developed for each of these 5 elements of the Rite (the young people experienced five, 15-minute mini-sessions, one on each of the 5 elements). We conclude today with the last element of the Rite, the General Intercessions.

P.S. Of course, you don’t have to be a Confirmation catechist to use this idea. It can be used with various age groups and within various lessons, especially on prayer.

Catechists in Action – Dan Ward Leads His Class in Prayer 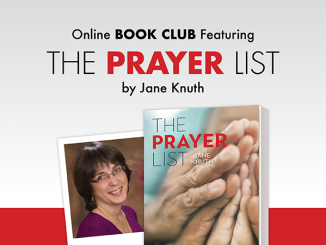 An Interview About Prayer with Author Jane Knuth

What Are YOU Doing to Maintain Your Spiritual Wellness?