Advent is, above all else, a season of hope – a virtue that is all too rare in our world. To live as a person of hope is to behave in such a manner as to draw suspicion that we are behaving somewhat erratically as far as worldly norms go. This new type of behavior – what some may even call erratic behavior (the behavior that led people to conclude that the Apostles were “under the influence” on Pentecost) – is characterized by 9 attitudes. I call them 9 Advent Attitudes. Today, we look at Advent Attitude #1. (Drawn from my book, Under the Influence of Jesus: The Transforming Experience of Encountering Jesus.)

Did you survive Black Friday? I hope so. Come with me now into a much safer and more loving “space” – Advent.

Advent is the antithesis of Black Friday.

Black Friday is all about scarcity, limited opportunities, and fear of missing out. It is about chaos and frenzy. It is about making sure you are first in line. Everything about Black Friday screams “ME!!!”

Advent, on the other hand, offers the promise of abundance and hope. It is about calm and peace. It is about recognizing that it is, in fact, NOT about ME. Advent celebrates the dawn of an era – the coming of Jesus – marked by uninhibited selflessness: a new kind of love found in Jesus Christ.

Above all things, this attitude of selflessness is the most noticeable attitude of Kingdom dwellers who are basking in the glow of the ultimate act of selflessness: God giving us his own Son: Emmanuel – God with us. So much so that Tertullian, a 2nd century Church Father, reported that the Romans often commented when observing Christians, “See how they love one another.” This doesn’t mean that the early Christians “love-bombed” one another with hugs and expressions of affection (although such displays were common) but rather, that they were known to consistently and without inhibition act, not in their own interests, but in the interests of others.

The only thing that Black Friday and Advent have in common is that they both emphasize saving: the former is about saving money while the latter is about Jesus saving us! It is the presence of Emmanuel – God-with-us – and the overflowing abundant grace that has busted down the door of sin that has ushered in an era of unbridled selflessness to effectively save us from ourselves!

For whoever wants to save their life will lose it, but whoever loses their life for me will find it. (Mt 16:25)

Advent Imagination: Wouldn’t That be Great? 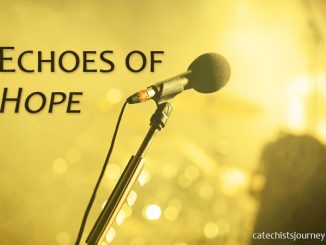 Catechists as Echoes (Part I): Echoes of Hope 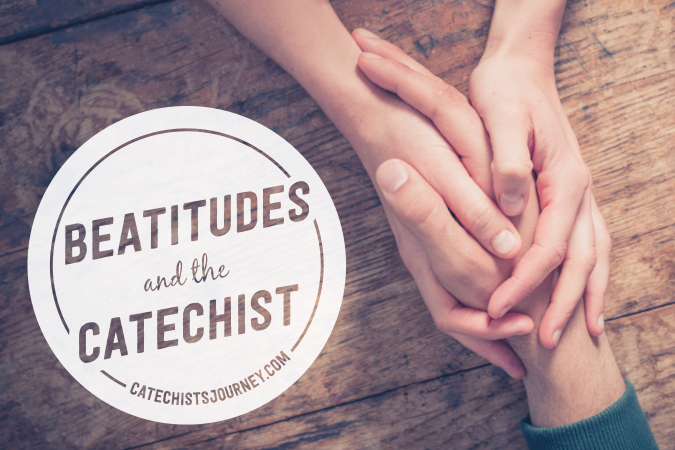 Beatitudes and the Catechist: Blessed Are Those Who Are Persecuted for Righteousness’ Sake