For those of you who can’t get enough of our Holy Father, Pope Francis, Loyola Press is proud to offer Pope Francis: Life and Revolution, a biography of Jorge Bergoglio, written by his good friend and internationally respected journalist, Elisabetta Piqué.

Over 75 individuals were interviewed for Pope Francis: Life and Revolution, including lay people, priests, bishops, and cardinals who have known or worked with Francis at various times in his life. Insights from these people, as well as from friends and family members, allow us to see a profoundly personal side of the Pope. His humility and humanity, courage and conviction, and warmth and wisdom are revealed as Piqué shares little-known episodes from Francis’s life.

With a foreword by Cardinal Seán O’Malley, O.F.M. Cap., Pope Francis: Life and Revolution is the definitive resource and narrative of a man personally known by few and revered and respected by many. Pope Francis: Life and Revolution reveals a man consistent in his beliefs and actions. He is a spiritual leader unwavering in his love for God, whose inner joy and peace move him—and can inspire us—to serve the least, the last, and the lost.

Have a great weekend!

Print Friendly
About Joe Paprocki 2665 Articles
Joe Paprocki, DMin, is National Consultant for Faith Formation at Loyola Press, where, in addition to his traveling/speaking responsibilities, he works on the development team for faith formation curriculum resources including Finding God: Our Response to God’s Gifts and God’s Gift: Reconciliation and Eucharist. Joe has more than 35 years of experience in ministry and has presented keynotes, presentations, and workshops in more than 100 dioceses in North America. Joe is a frequent presenter at national conferences including the Los Angeles Religious Education Congress, the Mid-Atlantic Congress, and the National Conference for Catechetical Leadership. He is the author of numerous books, including the best seller The Catechist’s Toolbox, A Church on the Move, Under the Influence of Jesus, and Called to Be Catholic—a bilingual, foundational supplemental program that helps young people know their faith and grow in their relationship with God. Joe is also the series editor for the Effective Catechetical Leader and blogs about his experiences in faith formation at www.catechistsjourney.com. 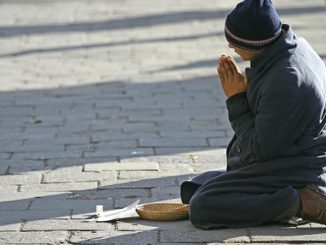 How a Pope is Elected

Pope Francis and a Change of Tone and Balance 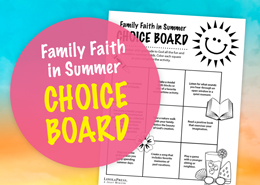