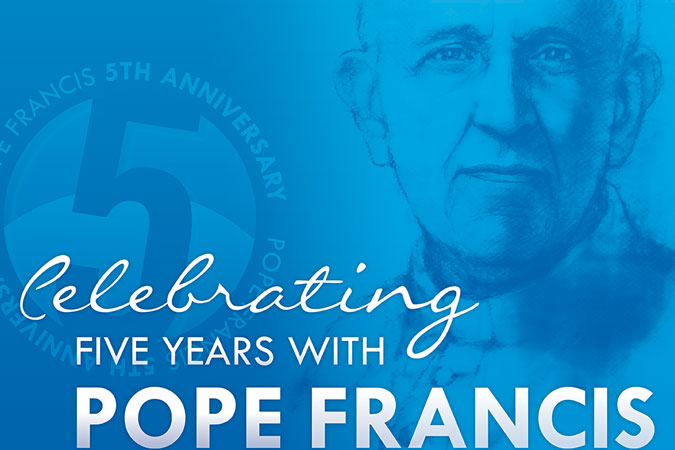 I remember just five years ago, sitting at my desk here at Loyola Press, and excitedly watching along with the rest of the world as we were introduced to our new Pope, Francis, who humbly asked us to pray for him. In these five short years, we have come to know this great man as a truly holy follower of Jesus Christ. As a Jesuit ministry, Loyola Press is particularly proud to be associated with our Jesuit pope. With that in mind, we are celebrating Pope Francis’s fifth anniversary (March 13) with gusto!

To begin, enjoy this brief video that describes the relationship between Pope Francis and Loyola Press.

Watch the full version of the video here.

I’d also be interested in knowing if you can beat my score of 7 out of 10 on this Pope Francis quiz. I was obviously stumped by several questions.

In addition, you can download the following free resources.

Finally, I can’t say enough about the many Pope Francis books from Loyola Press (in English and Spanish). The most recent book, On Hope, is a wonderful collection of Pope Francis’s writings that describe how God’s love can grace each of us with a lasting and sustaining hope, no matter how dark or confusing our situation.

Join me in celebrating Pope Francis’s anniversary by posting below your most vivid memory of the day he was elected. 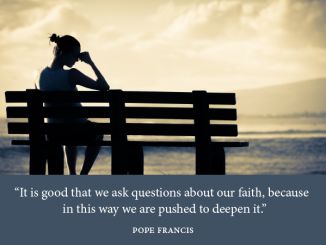 Asking Questions About Our Faith

Faith that is CAUGHT, not TAUGHT – What Makes a Message “Contagious”

Honoring (and Learning from) Our Elders