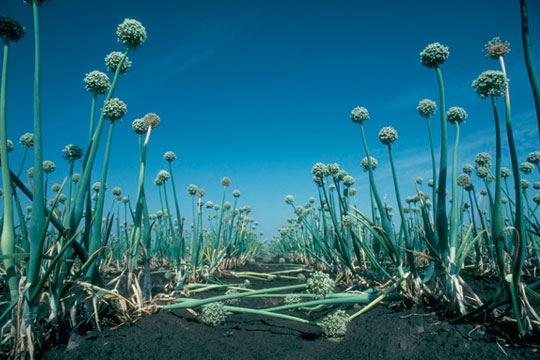 Recently after Sunday Mass, my wife and I were chatting with our pastor outside of the church. He drew our attention to one of the gardens along the side of the church, pointed at a patch of green plants and said, “I’ve been meaning to ask someone, are these weeds? Should I be pulling them?” Joanne and I, with our limited knowledge of gardening, were not quite sure ourselves. Some weeds are easy to spot. Others can blend in and appear to the uninformed eye to be just another green plant. Eventually, we were able to conclude that they were indeed weeds, and the pastor promptly pulled them instead of continuing to cultivate them.

Dag Hammarskjöld, the 2nd Secretary-General of the United Nations, once said, “He who wants to keep his garden tidy does not reserve a plot for weeds.” The truth is, we can sometimes blindly practice bad habits as if cultivating a patch of weeds in our garden. The bad habit becomes so ingrained that we find it perfectly acceptable. And so, for example, when I visit my mom at the nursing home, I occasionally find myself in conversation with some very nice old ladies who make derogatory remarks about people of color without batting an eye. Or, when my wife and I moved into our home years ago and I found myself striking up a conversation with the kindly old man on the other side of the alley fence who ended our conversation by saying, “Welcome to the neighborhood. I’m just glad that you’re white.” Or when a friendly neighbor who was moving out of the neighborhood some years later (when the community was becoming increasingly integrated) said, “Yeah, this just isn’t my neighborhood anymore.”

Are these weeds? Yes. And yet, people who say something racist and are called out for it often deny it and then rationalize: “I’ve always done things that way!” or, “I’ve always used that word,” or, “Everybody I know talks like that.” I believe that racism is one such weed that too many of us have been cultivating as if it were a normal, healthy, acceptable plant in our garden.

Racism has been and will continue to be a critical issue in our lives. In our role as catechists, it is our responsibility to address this issue since it is one aspect of Jesus’ command that we love one another as he has loved us. To talk about racism is not to divide people but is rather to address a divide that already exists but that too many of us fail to recognize as a weed growing in the garden of humanity. Racism is contrary to fundamental beliefs that we find in Scripture, not the least of which are the equal dignity of all human beings and the creation of all human beings in the image and likeness of God. The Catechism of the Catholic Church states unequivocally that discrimination based on race “must be eradicated as incompatible with God’s design.” (CCC 1935)

May we all heed the words of our bishops:

Racism is a sin: a sin that divides the human family, blots out the image of God among specific members of that family, and violates the fundamental human dignity of those called to be children of the same Father. Racism is the sin that says some human beings are inherently superior and others essentially inferior because of races. It is the sin that makes racial characteristics the determining factor for the exercise of human rights. It mocks the words of Jesus: “Treat others the way you would have them treat you.” Indeed, racism is more than a disregard for the words of Jesus; it is a denial of the truth of the dignity of each human being revealed by the mystery of the Incarnation.

The structures of our society are subtly racist, for these structures reflect the values which society upholds. They are geared to the success of the majority and the failure of the minority. Members of both groups give unwitting approval by accepting things as they are. Perhaps no single individual is to blame. The sinfulness is often anonymous but nonetheless real. The sin is social in nature in that each of us, in varying degrees, is responsible. All of us in some measure are accomplices. As our recent pastoral letter on moral values states: “The absence of personal fault for an evil does not absolve one of all responsibility. We must seek to resist and undo injustices we have not ceased, least we become bystanders who tacitly endorse evil and so share in guilt in it.” (Brothers and Sisters to Us, U.S. Catholic Bishops, Pastoral Letter on Racism, 1979)

May we look to Christ to overcome this sin and may we not be accomplices to the cultivation of the weed that is racism.

Pop-Up Catechesis: A Walk Through the Mass—The Penitential Act

Their Little Wheels Were Turning

2 Comments on Racism: Are We Cultivating a Patch of Weeds in Our Garden?