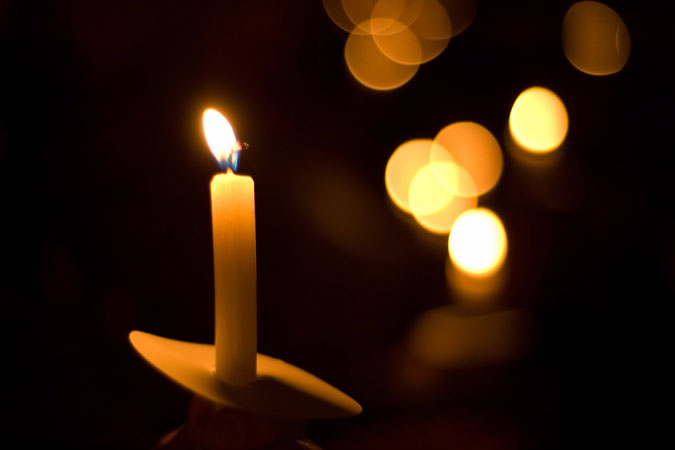 Remember that famous line from the 1999 movie The Sixth Sense, in which a boy, played by Haley Joel Osment, reveals to the character played by Bruce Willis that he sees dead people? For many years now, I’ve been facetiously telling people that, if you see or talk to dead people, you’re not crazy, you’re Catholic!

An important part of our belief system—our Catholic vision of reality or our cosmology—is our belief in the Communion of Saints. Simply put, we believe that death is not the end of life and that those who have placed their faith in Jesus Christ and have lived as his faithful disciples enjoy eternal life with him. They are not gone. Rather, they are separated from us by a veil, which means that we are unable to see them but that we are connected, in communion, with them.

For Catholics, this belief has elements of mystery but is not spooky. Celtic spirituality speaks of “thin places“—locations where the veil between this world and the afterlife is very thin. This autumnal time of the year, when the world around us is reflecting death by the diminishing light, the increased darkness, the loss of the sun’s warmth, and the dying of plant life, is in many ways a “thin place” or at least a “thin time” of the year. It is no surprise, then, that our thoughts at this time of the year turn to those who have died.

For Catholics, the month of November is the month of All Souls and the first two days of the month are celebrated as All Saints Day and All Souls’ Day respectively. Halloween, of course, is the eve of the celebration of All Saints or All Hallows Eve and has evolved into a secular holiday in which kids and grown-ups alike wear costumes, go trick-or-treating, and party. Some Christians abhor this celebration. Catholics respond by saying, in essence, “lighten up.” We see this as an opportunity to invite people to enter into a mystery that is not spooky. We see it as an opportunity to invite people to connect with their loved ones who have died and who now live with us through the Communion of Saints. It is an opportunity to reflect on what happens to us after we die and how it simply makes sense that coming face-to-face with the glory of God involves a transition of sorts, just as our eyes need to adjust when going from a dark space into bright sunlight. For Catholics, this experience of transition is referred to as purgatory—not a place but a state of existence as we transition from this life to a life of eternity with God. We pray for those in this transition—the “poor souls” in purgatory—and ask them to pray for us. All of this simply amounts to us remaining in communion with those who have died, knowing that “life has not ended but only changed.”

Four Ways to Teach About the Saints 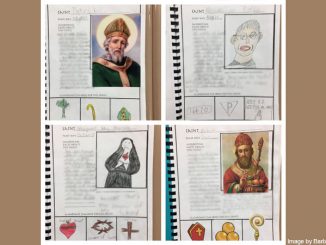 Saints in the Classroom