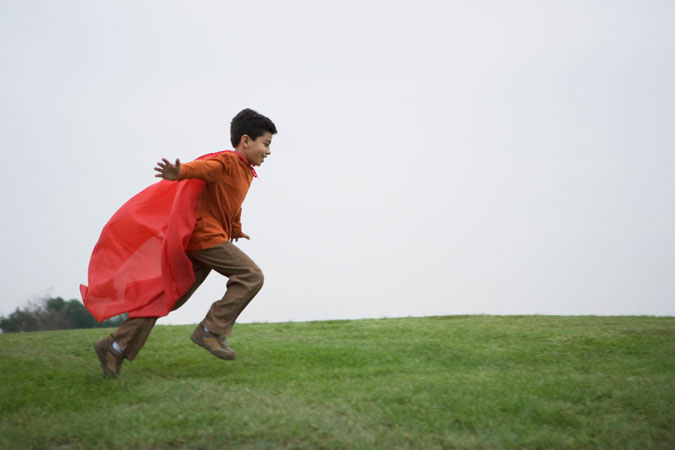 I explored God’s message of hope with my fourth graders this week. God shared his message of hope by promising to send someone who would save all people from sin. God promised to send the Messiah. While preparing the lesson, the following sentence jumped out at me: “Jesus did not fit the profile of the Messiah whom many were expecting and were yearning for.” That gave me an idea of how to start a conversation with my class.

I asked the children to close their eyes and picture their favorite superhero. I asked, “Who would you like to come and save you from a bad situation? Would it be Superman, Captain America, or Ironman? What qualities are important for your hero?” My favorite superhero as a child was always Wonder Woman. After all, she had a lasso of truth and an invisible plane. As a kid, I thought that was pretty cool.

I then told the children to picture a baby born in a stable. I asked, “Is he who you pictured?” In unison the kids all said, “No. How was a baby going to be the hero?”

I then asked them how their heroes defeat the bad guys. Asking that question led us down a trail of stories from the boys about beating up bad guys. Not one of them mentioned that their hero had to be arrested, tortured, and killed first. Jesus surprised the faithful at the time first by dying and then by rising from the dead. Jesus came back to walk among the disciples and continued to teach about God and his kingdom. The kids did agree that rising from the dead was a pretty cool superhero move.

“What’s the purpose of a superhero?” I asked. “It’s not simply to defeat the bad guys and save the day, is it? Superheros do more than that, don’t they?” We discussed this as a class for a few minutes before one of the girls popped up with the answer I was looking for: to give hope. They give hope that there is a way out of the suffering, that there is something bigger waiting for them in the end.

Jesus did that for the people of his time, and he continues to do that for each of us through his Resurrection and teachings on the Kingdom of God. Jesus proved to be the greatest superhero of them all because he conquered death by rising from it. His Death and Resurrection was incredibly shocking and dramatic. It made an impression; it made people take notice of his message and teachings. He was the Messiah (their superhero) and he filled people with hope.

How do you communicate God’s message of hope to the children in your classes?