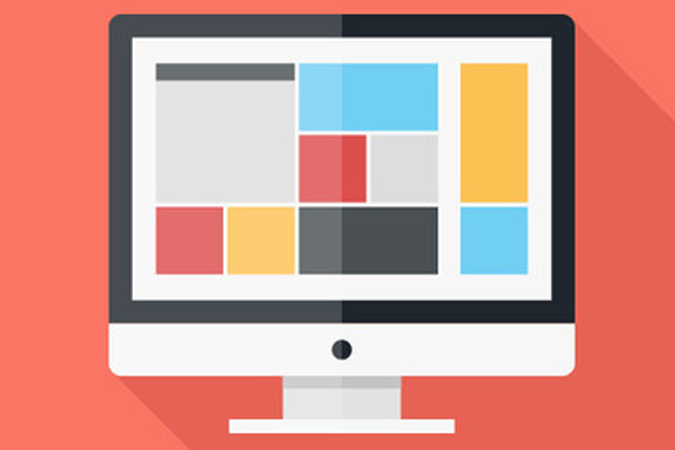 For years, it seemed as though faith formation at the parish level tended to lag behind the rest of the world when it came to taking advantage of technology. That all changed with the pandemic, didn’t it? Suddenly, we realized that, if we wanted to reach people, we would have to enter the online world.

One successful example could be found just a few blocks away from Loyola Press at St. Andrew Parish, where Pastoral Associate and Director of Religious Education David Heimann facilitated a small faith group online that focused on my book, Practice Makes Catholic: Moving from a Learned Faith to a Lived Faith. The group was accustomed to meeting in person; however, with the pandemic and shelter-at-home orders, they quickly had to shift gears and move into meeting online. David was kind enough to “sit with me” for an interview about how the group went about accomplishing this.

Joe: Did the idea of an online book discussion group come about as a result of the pandemic, or was this something you were already exploring or doing even before then?

David: We had been using the book discussion as one of our adult faith formation programs in the parish. During the pandemic, it opened up the opportunity to do it as a Zoom call. The transition was seamless, because we didn’t have to invent new content or new approaches. We just began doing what we were doing in person on a video conferencing call on the Internet.

Joe: What are the benefits of an online small group?

David: Several people who hadn’t been able to join the program previously because of time and family commitments were able to do this more easily. Instead of a two- or three-hour evening in which one has to prepare to leave, travel, arrive, participate, and then do it all in reverse, the participants were able to hop on their computers at home and participate for one and a half hours. If they had tasks or children to attend to during our discussion, it wasn’t a problem either.

Joe: How long is your study?

David: We are doing six weeks of study. Our parish adult faith formation has fallen into a pattern of six-week modules because of what we have discovered. We already had Lenten programs, either a Lent or Easter parish mission, and an Advent program. What we noticed is we could easily fit six weeks of formation between the end of September and Thanksgiving, six weeks between New Year and Lent starting, and six weeks after Easter and before graduations and school letting out. That’s dictated our planning and preparation for adult formation outside of Advent and Lent.

Joe: What is the format of your sessions?

David: We always use the same format. We start with everyone checking in with each other. One person is selected to give an update on the week and invites everyone to do the same through a group discussion. Whenever we have a group discussion we always have the person who speaks choose the next speaker until everyone has had a chance to go. This is sometimes called “popcorning,” but it has some interesting effects on power structures in multicultural groups as well as equalizing gender differences. (See the Mutual Empowerment Method detailed in The Wolf Shall Dwell with the Lamb by Dr. Eric Law.)

After we share our week, we then pray. This is important, because we bring to our prayer anything that was noted in the check-in: a birthday, an anniversary, a parent who is ill. Knowing what our group’s energy and experience is before we pray is important; otherwise we miss details that may be important in our prayer time.

We then begin to discuss the book reading for the week and identify any strengths that we saw. We use the same technique as we used in the check-in. We note any questions that participants bring up and then respond to those questions after everyone in the group has had a chance to speak. Having exhausted the questions, then I provide a 10-minute prepared observation about the reading. This is usually just to go into greater depth on one or more of the subjects. We then go around and have everyone discuss what they think of that prepared observation.

We close with a “check-out” just like we did with the check-in. The basic question is, “What are you taking away from this evening?” It might be something from the book, it might be something that the presenter said, but more likely than not, it is something that a fellow member of the group said. There is a real sense of affirming the goodness and faith in one another that takes hold of the group when done in this trusting and supportive environment.

Joe: How do people interact?

David: As described in the point above. Something I think our society is learning is that a video conference that has clear rules is important. Poorly run video conferences lead to a draining and taxing experience that is exhausting. There are different ways to set the rules, but the Mutual Empowerment Method that Dr. Eric Law suggests in his book creates a clear and empowering way to hold a meeting, especially on Zoom. The most vital thing I do as facilitator is to remind someone who has finished speaking that, “You get to pick who is next,” but after a few weeks of doing that, the participants remember and do it on their own.

Joe: Is prayer a part of the session?

David: Yes. We always have prayer at the beginning of our meetings, but we wait until everyone has checked in. This also accommodates someone who may join the call late.

Joe: What challenges do you face doing an online small group?

David: I think the biggest challenge in any group, especially when done online, is empowering participants to stay engaged. When a book discussion group is led in the way described above, it forces people to stay engaged for a very elementary reason. Participants don’t know if they will be picked next. When they stay part of the conversation, it becomes a vehicle through which we can trust that the Holy Spirit is speaking through one another. Developing that trust leads to a more engaging hour and a half group session. Through this process, I find that participants end the experience feeling quite close to one another and supportive of one another, even if they didn’t know each other before. They have expressed that they can’t wait to meet in person and celebrate when all of this is over.

Joe: What skills does an online facilitator need?

David: I’d like to say that the most important skill the facilitator needs is trust in the wisdom of the group and the presence of Christ in each of the members of the group. That being said, I know that I can do that because of years of training in facilitating groups. I know when to keep someone from hogging the conversation by “gatekeeping.” I can summarize what people are saying and use that as a springboard to move onto something new. I know when to encourage someone to speak more. I know that the most important thing a facilitator can do is not to talk too much. People bring up questions, and I know not to overwhelm them with my own response. The truth is, I often know the “churchy” answer because I am a long-serving catechist, and I know that they’ll trust my answer if I offer it, but there are more productive ways to lead the group. My most useful techniques in managing these groups are 1) invite others to share their own answers to the question presented and 2) admit if I don’t know something and promise to get back to the person later with a response. I have discovered that people are usually not really interested in answers. The act of asking a question is an invitation to their vulnerability to want to know from others that they aren’t the only one who struggles. If we cut off the question with a quick answer, we miss the real need they are presenting: the desire to connect and feel connected to others in their faith.

Joe: Any other advice for someone considering starting an online small group?

David: Offer all of the participants a sense of unconditional positive regard. Facilitators don’t need to be know-it-alls. They need to set the table that invites everyone to come with their gifts and allow a feast to come out of the potluck. In offering unconditional positive regard, think of how Jesus would facilitate a group. While there were times when he argued with Pharisees and showed pity on those who were sheep without a shepherd, he wasn’t known for saying, “I’m sorry, Peter and John, but you’re just wrong; let me [teach you] somethin’ about God and truth.” Instead Jesus asked questions of those who were with him. (Think of his first encounter with Bartimaeus when he asked, “What do you want me to do for you?”) Jesus invited others to be with him and have dinner with him (Think of the Last Supper.), and he said, “I am the way, the truth, and the life.” In saying that he is “the way,” Jesus invites his followers into a process of discovery. The same is true of a small group. It should be a journey into the process of coming closer to God and not a class, nor a lecture, nor a chore. Trust that group members have at least as much faith in God as you have and allow them to share it.

Print Friendly
About Joe Paprocki 2679 Articles
Joe Paprocki, DMin, is National Consultant for Faith Formation at Loyola Press, where, in addition to his traveling/speaking responsibilities, he works on the development team for faith formation curriculum resources including Finding God: Our Response to God’s Gifts and God’s Gift: Reconciliation and Eucharist. Joe has more than 35 years of experience in ministry and has presented keynotes, presentations, and workshops in more than 100 dioceses in North America. Joe is a frequent presenter at national conferences including the Los Angeles Religious Education Congress, the Mid-Atlantic Congress, and the National Conference for Catechetical Leadership. He is the author of numerous books, including the best seller The Catechist’s Toolbox, A Church on the Move, Under the Influence of Jesus, and Called to Be Catholic—a bilingual, foundational supplemental program that helps young people know their faith and grow in their relationship with God. Joe is also the series editor for the Effective Catechetical Leader and blogs about his experiences in faith formation at www.catechistsjourney.com. 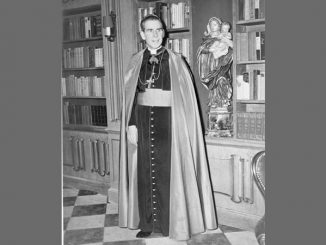 Forming a “Sheen Squad” for I.T. Assistance in RE Programs

Take a Look at This Robust Conversation! 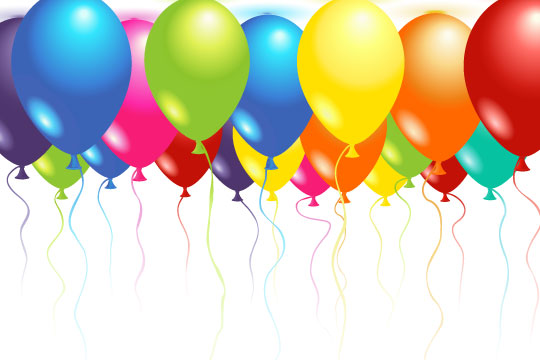