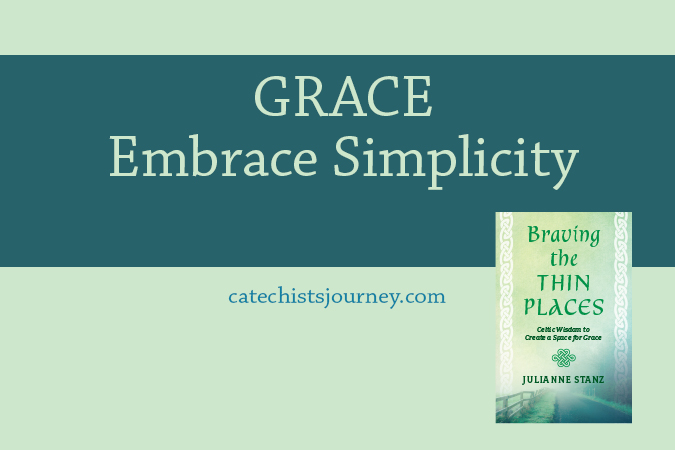 We conclude our series on developing a space for grace by exploring the importance of embracing simplicity. Helping our students embrace simplicity for a positive and healthy life should be a part of our conversations about faith, mission, and the stewardship of all the resources that God has entrusted to us. Here are a few entry points for a conversation about this topic.

Look at the witness of Pope Francis.

When Pope Francis was elected, he caught the world’s heart with his focus on simplicity of life. Here was a man who, upon being elected as head of the largest denomination in the world, bowed his head and asked for a blessing from the people as a servant of those same people. He wore only a white cassock and simple black shoes. After his being elected, images of Jorge Bergoglio riding the subway back in his native Buenos Aires were featured with images of him as Pope Francis boarding a minibus after the conclave and paying his own hotel bill. Pope Francis was intentionally communicating to the world that his papacy would emphasize a Church more focused on intentional simplicity and even poverty. It is a message that has resonated with millions of people around the world.

Be inspired by the simplicity of the saints.

Saint Teresa of Calcutta is one source for the quote, “Live simply so that others may simply live.” Introduce young people to the saints, many of whom emphasized and lived ascetical lives, such as St. Francis of Assisi, St. Clare, St. Elizabeth of Hungary, and St. Martin de Porres. Read their stories, and discuss what they did with their material possessions and how they cultivated simplicity of heart and mind in prayer, word, and deed.

Talk with other catechists and young people about the link between simplicity and reduced stress. For example, scientists working with UCLA’s Center on the Everyday Lives of Families studied families with regard to their lifestyle, possessions, stresses, and trials. Their findings appeared in the book Life at Home in the Twenty-First Century. Researchers identified a trend among families that had acquired many physical possessions: elevated levels of stress hormones in the family, particularly for mothers. Science is finally catching up to what we, as spiritual beings, have always believed (even if we didn’t always live it): simplicity and joy go hand in hand, and clutter and accumulation lead to stress and noise. Talk about the link between physical and spiritual clutter.

Emphasize that simplicity is a countercultural choice.

Materialism pushes the narrative that we have to accumulate and consume more in order to be happy. We need to be intentional to live a life of simplicity, and in living simply we find that we have more time for stillness and retreat.

Jesus confronted the rich young man in the Gospels with the words, “Go, sell what you possess and give to the poor.” He invited the rich young man to “come, follow me.” But we are told that “When the young man heard this he went away sorrowful, for he had great possessions.” (Matthew 19:21–22) The rich young man was so attached to the possessions he loved that he walked away from the source of love itself: Jesus Christ. There are many rich young men and women today who walk away from relationships, love, joy, and peace—all because they cling to their possessions. Unpack the Gospel story, and discuss how it relates to the way that we live today.

In our world rich in everything but simplicity, silence, and truth, the push to be better, faster, and richer has left many of us wanting to choose a different path—a simple path. How have you embraced a simpler walk with Jesus? How do you talk to your catechists or students about embracing simplicity? 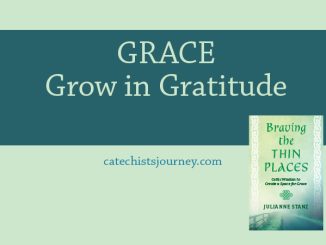 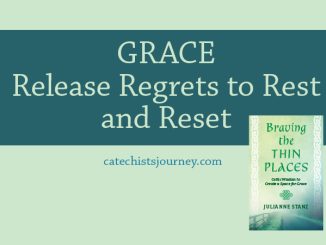 Releasing Regrets to Rest and Reset 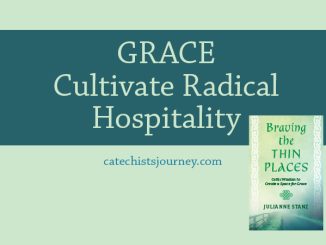