In this segment of Catechists in Action, 3rd grade catechist Steve Lascola tells the children the story of Zaccaheus as part of their preparation for the Sacrament of Reconciliation. Watch for the following as Steve:

Steve has a very nice rapport with the children and likes to read stories to them and children at that age love to be read to. I encouraged him to take advantage of his “grandfatherly” relationship with them and to tell stories as if he were reading them to his own grandchildren…with more feeling and drama. I can imagine him telling them that same story and having the same discussion with the children sitting on the floor around his feet as he sits in that wooden chair behind him. I think that would create an atmosphere the children would cherish…to have this nice man, their catechist, talking to them like they were family.

Catechists in Action – Katie Elwood Teaches About the Sacraments 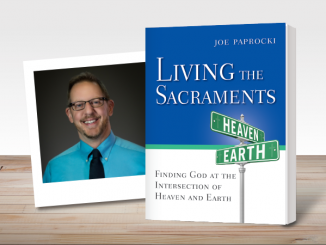 Every Symbolic Action Tells a Story: Living the Sacraments