Over the course of this past week, we’ve been blessed with firsthand reports of the Pilgrimage to Italy and the International Conference for Catechesis from Dr. Joe Bound, the Superintendent of Catholic Schools for the Diocese of Green Bay; a man dedicated to sound catechesis. Thanks, Dr. Joe, for your excellent reports! We appreciate you taking the time to share your summaries as well as your impressions of the experience of the pilgrimage! Safe travels home! Here is Dr. Joe’s final installment:

This morning we left our hotel at 6:30am in order to arrive at the area outside the south side of the Vatican for the Pope’s special Mass for catechists which was scheduled to start at 10:30am. When we arrived there, we could not believe the number of folks already standing there.  The entrance into St. Peter’s Square opened at 7:30am at which point planned chaos began.  After walking the gantlet through a maze of barriers we finally found a good place to sit which was five seats away from one of the areas the Pope would travel through in the Popemobile after the Mass.  At 10:00am everyone said the Rosary and then the bishops and priests processed to both sides of the altar set up outside the front of St. Peter’s for the Mass.  Promptly at 10:30am Pope Francis walked out from the main door of the Basilica and Mass began.

The Mass was said mostly in Italian with the Kyrie, Gloria, Creed, Sanctus, and Our Father sung in Latin.  The petitions were done in about seven different languages.  Although my Italian is very poor or almost non-existent I could tell that the Pope’s concluding remarks were words of thanks for the great work the catechists of the world are doing.  My clue was when the 20,000 italian catechists gave a hearty ovation shortly after a world that sounded like
catechisti.

The Mass was followed by the Pope leading us in the Angelus.  He then got into the Popemobile and traveled around not only St. Peter’s Square but also half way down Via Della Conciliazione which was packed with people.  As he rode by us, we were able to get some pictures of him waving to the people.  While riding around babies were brought to him for a blessing and a kiss.  You could definitely feel the energy of the crowd.  After the Pope left the Square, Linda, Sister Jacqueline, and I waited until most of the crowd left it so we did not have to deal with the crowd. We then walked north along one of the side streets and found a small pizza shop where we had lunch.  I have to say it was the best pizza I have ever had and the price was right.  Six euros for a  pizza and a coke.

From the pizza place we traveled further north and took the A line Metro from the Ottaviano station to the Termini station where we made connections with B line to Saint Paul’s Outside the Walls station.  We walked over to the basilica where we saw the tomb of St. Paul.  We spent about an hour there and then took the B line back north and got off at the Colosseo station which is right across the street from the Colosseum.  From here we walked north past the Forum and then turned left in front of the impressive Vittorio Emmanuale II Monument on our way to the Domus Guadelupe, a residence for religious sisters who attend the many universities in Rome.  Sister Monica Mary DeQuardo, OSF, a member of Sister Jacqueline’s order, is the manager of this facility.  We attended Adoration with the sisters and then were treated to an Indonesian dinner and a tour of the facility.  At this point it was getting late so we took the bus back to our hotel for a good night’s sleep before a big trip home tomorrow.

This has been a terrific experience for us.  One that we will never forget.  We got to hear the Pope twice, Linda and I got to shake his hand, we heard excellent presentations on catechesis, and we were able to see a number of interesting sites in Rome and Orvieto.  We met some really interesting people from all over the world and have come to know certain areas of Rome fairly well.  We even figured out the Metro and bus system in Rome without a hitch.  We look forward to another international catechetical conference at the Vatican in the near future.  Although we did not throw any coins in Trevi Fountain, we know we will be back to the Eternal City sometime soon.

Well, Joe, I hope these reports have proved helpful.  It time for me to pack and get a few winks before journeying home tomorrow.  Take good care of yourself. 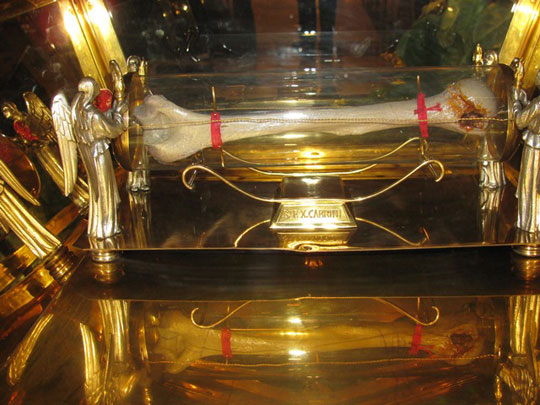 Local Pilgrimage as a Form of Adult Faith Formation