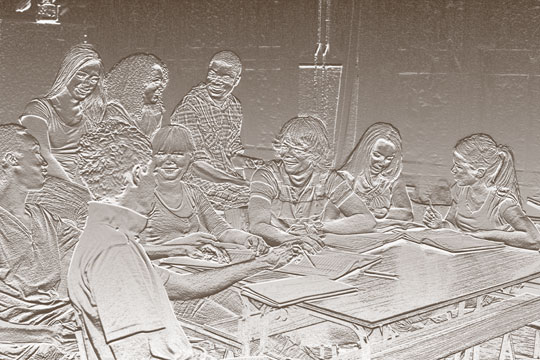 This year I am teaching the second-year of Confirmation prep at my parish. My students are working-class Hispanic, while I am of white European descent from a typical American middle-class family. In this room, I am the stranger in a strange land.

These young people are first- and second-generation immigrants, and they bring cultural diversity into my classroom. The very real differences between their lives and mine occasionally catch me by surprise.

While discussing Christmas customs, I learned their families exchange few gifts, either on Christmas or Epiphany. I also learned that some of their parents are reluctant to discuss the holiday customs they had celebrated in their home countries. One bright, extroverted, and seemingly Americanized girl revealed she no longer asks about what it was like in Mexico because her parents told her, “We were poor. We had nothing.”

On family conference night, only four of 21 couples could converse in English. (I was glad my aide translated!) They told of busy lives with many responsibilities. Some worked weekends, which made Mass attendance difficult. One mother struggled with giving up Spanish Mass so that she could attend a Mass in English with her son, who does not speak Spanish. I realized from these encounters that the differences are both ethnic and economic. Things I take for granted are not fully part of my students᾿ lives, even though they speak English and attend American junior high and high school. Some of their struggles are very different than my own. How can I overcome these differences to build a relationship with them?

I discovered that, despite our differences, we do share a common experience in the life of the parish. In an effort to connect faith and life, I have designed supplemental lessons based on our parish: its history, items they see in church, ministries, and customs. I hope to help the students understand what belonging to a Catholic parish means. I’m also trying to reach into my own life for examples. At our class Mass I served as cantor, so we talked afterward about what it means to serve in ministry.

A moment of truth came when teaching who Jesus Christ is. Having recently read Joe Paprocki’s Under the Influence of Jesus and Sherry Weddell’s Forming Intentional Disciples, I realized that theoretical Christology was not exactly what the students needed first. They needed to know what it was like to know Jesus. For one class, I was inspired to bring a large print of Richard Hook’s painting of Jesus from my office. After dealing lightly with the textbook, I talked about my own journey to faith in Jesus Christ while holding the picture. I wanted to reach them with authenticity. From their expression and level of engagement that day, it seemed to have been an effective lesson in teaching that, even though we may be from different cultures, we are still one in Jesus. This will be a strategy that I follow for the rest of the year. 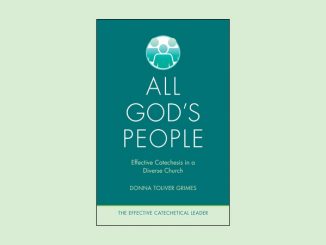 The End of the Catholic Bubble—One Size Does Not Fit All!

Multicultural Ministry and the New Evangelization

2 Comments on Teaching in a Culture Not My Own