I began my career in ministry back in 1981, teaching in a high-school seminary in Chicago. It was always my quest to find a good video on priestly vocations to show to the young men in my classes; however the options were usually slim. Since that time, there have been a number of videos produced on the topic of priestly vocations—some better than others—but they still tend to exhibit one of the following shortcomings:

I was delighted to come across a new video put together by two recently ordained priests who filmed it during their final year at Mundelein Seminary/University of St. Mary of the Lake—the seminary for the Archdiocese of Chicago. It was brought to my attention by Fr. Matt Litak, the associate pastor of my home parish, Christ the King (Chicago), who is a classmate of the two filmmaker priests. I think the video does a nice job of showing what life in the seminary is like, not taking itself too seriously, portraying the seminarians as just everyday guys, highlighting the importance of discernment, presenting the priesthood as an attractive choice without elevating it so far above the lay vocation, and highlighting ordination day. I think this video would go over well with young men in junior high, high school, college, and young adulthood.

Let me know what you think.

God calls us to holiness through living out our vocations, a theme explored in Christ Our Life, Grade 5, Unit 4.

What I Have Learned So Far – An Inspirational Video 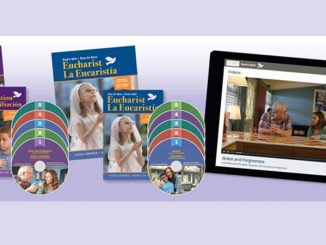 5 Comments on A Good Vocation Video