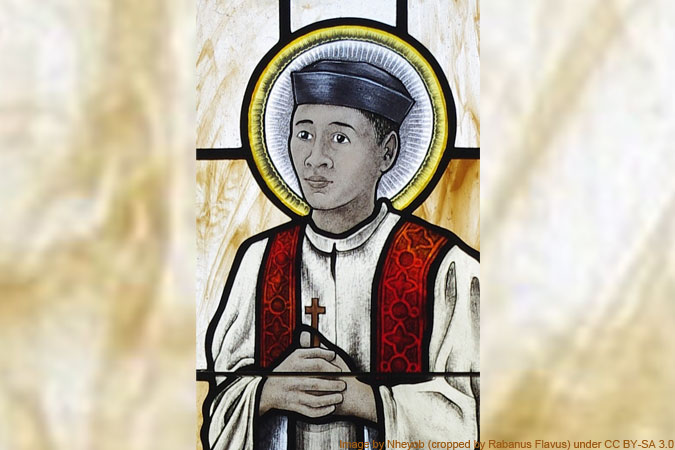 The document celebrates the diversity of API heritages in four major areas: 1) Identity; 2) Generations; 3) Leadership; and 4) a Culture of Encounter/Dialogue. Today and over the next few months, I’ll highlight each area and provide examples of pastoral responses in parish catechetical programs.

“Asian and Pacific Island Catholics are made up of ethnically, racially, culturally, nationally diverse groups of people that share a single faith, one that is universal in confession and particular in expression.” (ECH:API, p.16)

As catechists, it’s important to navigate away from stereotypes and toward recognizing the diversity that exists among Asian and Pacific Island ethnic groups. Each has a unique cultural identity which informs their expression of the Catholic faith. Building bridges of understanding with and among API students will enhance the entire parish community. (For a more in-depth description of API ethnicities and cultural identities, refer to the ECH:API document.)

Examining the lives of the saints offers students and catechists alike a great opportunity to better identify with APIs. A few years ago, I helped to facilitate a retreat for students preparing to be confirmed. One segment focused on the saints and the ways in which the Holy Spirit transformed the lives of these holy men and women. We encouraged the students to include in their research saints from or who ministered in Asia or the Pacific Islands. Their growing list included St. Pedro Calungsod (the Philippines), St. Andrew Dung-Lac and his fellow martyrs (Vietnam), and St. Damien de Veuster of Molokai (Hawaii).

They discovered that St. Pedro was a 17-year-old Filipino missionary catechist who was martyred in 1672 and whose feast day is April 2. A student of Filipino ancestry shared that even today, the Church is the center of family life for Filipino Catholics. Through her family’s example, she developed a deep devotion to the Blessed Mother and still prays the Rosary often, because “it clears my mind and opens my heart to Jesus.”

St. Andrew Dung-Lac, a Vietnamese priest, was among a group of martyrs who died for their faith. Although St. Andrew came from a poor, non-Christian family, he was taught the faith by a lay catechist. The feast day of St. Andrew Dung-Lac and his companions is November 24. A student shared the story of his grandparents who had settled in Vietnam for several years, having escaped political persecution in their homeland:

Although my grandparents are not ethnic Vietnamese, they received care and support by a family of Vietnamese Catholics. They say that without this family’s kind intervention and prayers they would not have survived. My grandparents were catechized by this family and were eventually fully initiated into the Catholic Church. They emigrated to the United States and raised my parents and me in the faith. My grandparents faithfully attend Mass with the local Vietnamese Catholics on the feast day of St. Andrew and the Holy Vietnamese Martyrs and often remind me to be a courageous Catholic.

A native of Belgium, St. Damien de Veuster was ordained a priest of the Congregation of Jesus and Mary at the Cathedral of Our Lady of Peace in Honolulu, Hawaii. He volunteered to serve the Hawaiian government’s leper colony on Kalaupapa, Molokai, and eventually chose to remain there permanently to care for and advocate on behalf of the people. St. Damien died in 1889, and his feast day is May 10. A student of Hawaiian ancestry shared that although St. Damien was not Hawaiian by ethnicity, he was “Hawaiian by heart”:

Fr. Damien learned from and cared for the Hawaiian people in need. He didn’t try to overpower us. Instead, he identified with us—learned our language, our ways, and served us with compassion the way Jesus would. He saw the value in our culture and in the Hawaiian people, even in those who were sick and dying.

Indeed, through examining the lives of the saints through the lens of API ethnic identities, these young Catholics became a source of inspiration to their fellow students and their catechists. We believe that everyone has gifts and talents to share in our mission to witness to Jesus. What gifts do Asian and Pacific Islanders bring to your parish?

Image by Nheyob (cropped by Rabanus Flavus) under CC BY-SA 3.0.

Print Friendly
About Jayne Ragasa-Mondoy 28 Articles
Jayne Ragasa-Mondoy serves as Director of Religious Education for the Diocese of Honolulu, which is comprised of the six major islands in the state of Hawaii. Born and raised in Honolulu, Jayne began her professional career in corporate management in the San Francisco Bay Area while remaining steadily involved in parish catechetical and liturgical music programs. Jayne, and her husband and daughter, returned to Honolulu where Jayne earned a master's degree in pastoral leadership from Chaminade University of Honolulu. Her perspective of volunteer recruitment and management is shaped by her lengthy experience in working with and leading volunteers in diocesan and parish catechetical ministries, as a high school teacher and administrator, and as a governing board member for local Catholic and private schools and the National Conference for Catechetical Leaders (NCCL).​ She is the author of Cultivating Your Catechists, part of the Effective Catechetical Leader series. 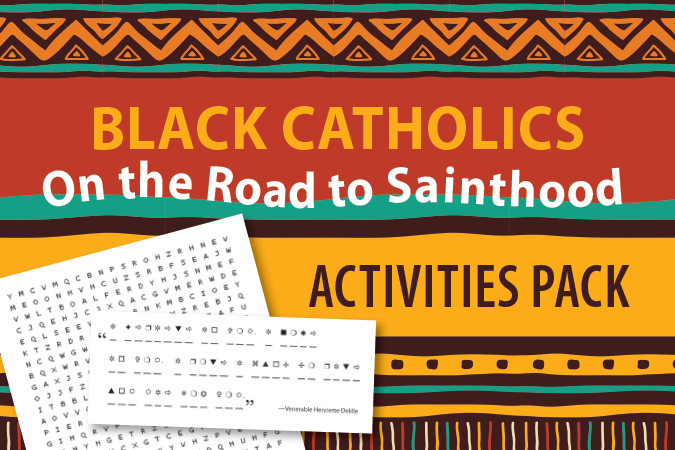 Black Catholics on the Road to Sainthood Activities Pack

3 Comments on Asian and Pacific Island Catholics: Identity and Our Gifts to the Church